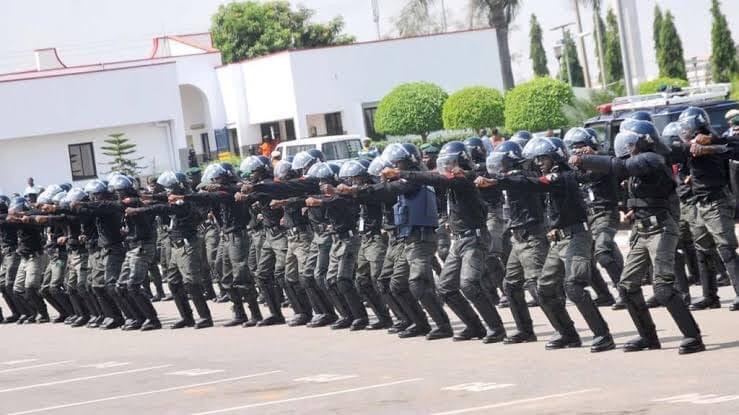 13 views
News0 Comments13 views 03 min read
By Godwin Otang and Obeten Godfrey
An 18-man well armed and masked robbery gang invaded No 55 Ebito-Mayne Avenue area In Calabar, on an 18 seater Bus, at about 2 o’clock in the night, carting away phones, Apple laptops, cash, Television sets and ATM cards from their victims, without any security interference or remedy for over two hours.
The incident which took place early Saturday has left victims and other residents in severe shock and fear.
The Nigerian police, Uwanse division, where the victims reported the attack, has checked into the invaded area to access the level of the attack. Sources explain that some of the female victims were almost rapped during the over 2 hours attack.
Another source who is familiar with the facts of the incident said: “They came in an 18 seater bus well armed. They ran riot for over two hours from 2am. They took away 7 phones, 3 Apple laptops, over N130,000 cash, TV sets, 6 ATM cards and food stuff, were carted away. They left the house almost empty. My friend was lucky enough not to have been raped.
When contacted the PPRO for Cross River state command, SP. Irene Ugbo, said the report is yet to reach her desk, but she will enquirie into the report.
“You are just telling me now, the report has not reached my desk, but I will enquire into the report immediately,” she said
However, police sources said an IPO has been assigned to lead a team of investigators to the scene of crime, sources also said the police was not called during the attack, and that the gang members came with an intention to kidnapp one of the victims, who had to jump down from a storey building for his escape. He added that they have accessed the scene of crime and preliminary investigations has commenced.
“I was at the scene of crime this morning, that’s what I have been saying, nobody called us. There was no call, even from the neighborhood, but so far from what we have seen, we’re trying to interrogate the victims because it was a calculated robbery.
“It was an insider who arranged that robbery, there are very big buildings around that area but the gang targeted that particular one, which makes it very suspicious. And at the entrance of the house  there is a strong iron door, but they did not lock it.
“The gang members climbed into the building through a ladder, and carried out the raid. The male victim had to jump down from the storey building, when he had them say that he should be kidnapped for a hug ransom, so someone may have closely monitored them to know how they operate, in order to mastermind that attack.
“One of the gang members was masked, while others weren’t. The male victim is currently at an undisclosed medical facility due to the height he jumped down from the storey building last night,” source explained.
Residents of Calabar have recently expressed giref over the incessant armed robbery cases in the city. They feared that if nothing is done, situations may get out of hand.
Join the Conversation!