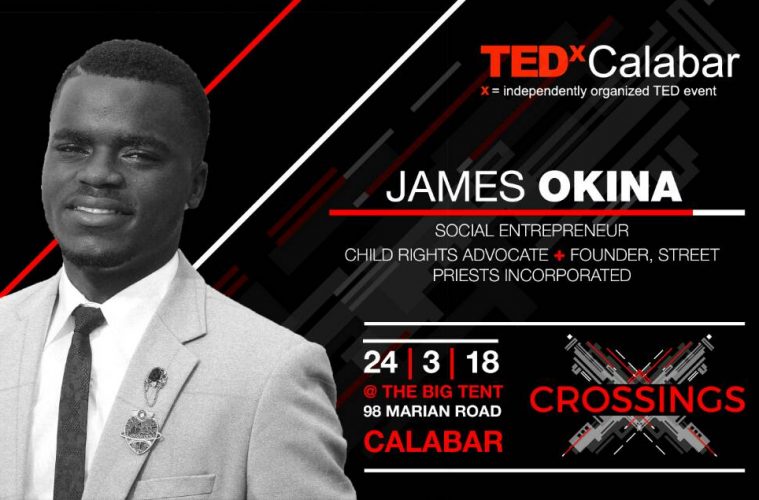 The founder of Street Priests Incorporated, James Okina has been selected as a speaker for an independently organized TED event in Calabar slated for March 24, 2017.

18 year old Mr. Okina, a social entrepreneur and child rights advocate, recently shot to fame after a story on him by the British Broadcasting Corporation featured on its website.

And, a statement from TEDx Calabar organizers said that Mr. Okina “lived on the street. Now he heads a charity that helps children who live on the streets of Calabar. James Okina founded Street Priests Inc. in 2014 at age 15.

“In 2015 at age 16, he received the prestigious Future Africa Leader’s Award given to individuals from over 50 African nations who drive change on the African Continent.

“In May 2017, he was honoured by the Cross River State Government as one of 50 Young Leaders to Watch – the youngest of all the awardees.

“A 300-level Business Management student at the University of Calabar, 18-year-old James has crowdsourced funds for the education of 215 children, and he has a network of about 50 volunteers.”