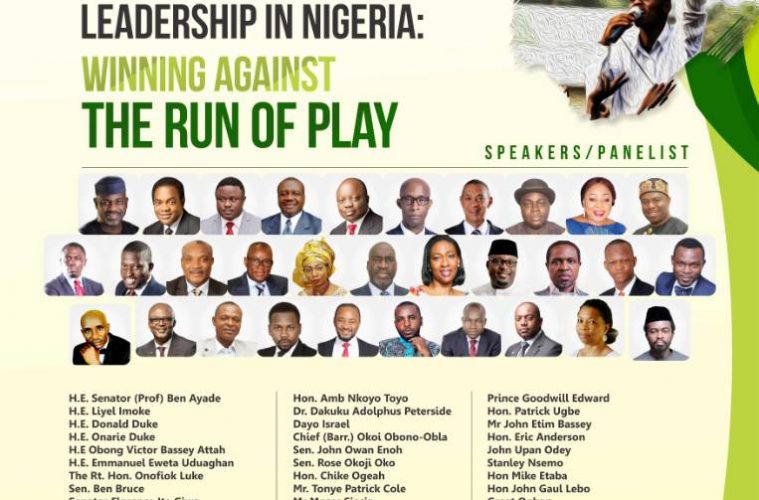 Ahead of the 2019 General election, leading politicians from across the 6 South-South states will mentor, inspire and share experiences with over 2,000 Young people from South-South Nigeria expected to gather at the South South Edition of the Nigeria’s Emerging Political Leaders Forum in Calabar on the 24th November 2017 at the Calabar Cultural Centre from 9 am.

How do emerging leaders build a political structure? How do the youths sustain such structure for a long term? Issues of financing, the role of women, breaking the cycle of godfathers, the use of social media and grassroots mobilisation will be at the forefront of conversation between teeming Nigerian youths and South South political leaders expected at the Emerging Political Forum in Calabar with the theme: Winning Against the Run of Play, organised by GLEEHD Foundation.

The South-West Forum is being followed by the South East Forum in Imo State on Saturday 18th November 2017, and the South-South Forum on Friday 24th November 2017 in Calabar, before heading to Northern Nigeria and the Diaspora.

“The Forum will provide a high-level platform for deliberations on how to create more space for younger people (under 40s) in elected public offices by formulating recommendations that will culminate into sustainable youth friendly policies and regulations. The forum will also provide a unique opportunity for youth leaders and aspiring young leaders in Nigeria to network and exchange views on increasing youth participation in the 2019 general election”, says Dayo Israel, the Africa Regional Director of GLEEHD Foundation.

The Calabar Forum organised by GLEEHD Foundation, Leaders Den Calabar and the Commonwealth Africa Initiative will provide a veritable platform for the generation of new Ideas, opportunity for networking, and ensure responsive, inclusive, participatory and representative decision-making at all political levels in Nigeria.