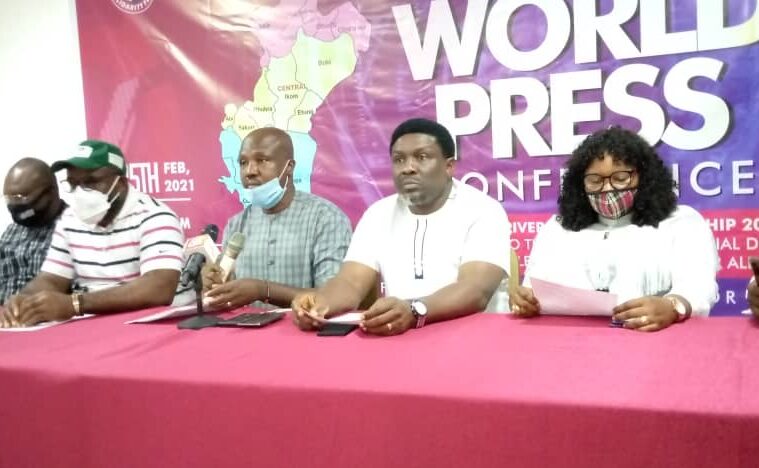 A socio-political group under the aegies of Southern Solidarity Front is advocating for the governorship seat to be zoned exclusively to the Southern Senatorial District of Cross River State come 2023.

The group made their position known in a world press conference held in Calabar on Thursday, February 25th, 2021.

He added that the rotation of power between the Senatorial Districts in the state has brought about even, equitable and sustainable development and has helped to avoid rancour, political tension and heating up the system in the state.

To buttress their point, the group cited the cases of the past governors of the state noting that “They were products of zoning and the present Governor is also a product of zoning.”

They added that the present Governor has made it clear in several forums that he will maintain the zoning formula by returning power to the Southern Senatorial District come 2023.

The group further stated that the South have eminently qualified candidates to fill the governorship seat and are prepared to take the responsibility when the time comes.

According to them, those who presently harbouring the intention of thwarting the present arrangement are only calling for disunity and therefore should desist from such intentions for the peace and unity presently enjoyed to remain as according to them “The cycle of power rotation must thus be maintained by staying with the zoning formula which has returned the Governorship position to the Southern Senatorial District in 2023.”

The group urged other Senatorial Districts to work with the South to ensure that a young, visionary governor, in the mould of what is presently obtainable in the present administration from the PDP emerges to lead the state going forward.

The Southern Solidarity Front equally called on other Political parties in the state to zone their Governorship ticket for 2023 to the Southern Senatorial District of the state for equity and fairness.

They warned those with selfish interests to stop distracting the governor and other elected and appointed personalities from discharging their responsibilities as according to them “It is yet too early to start discussing 2023 gubernatorial elections or any other elections at this time.”