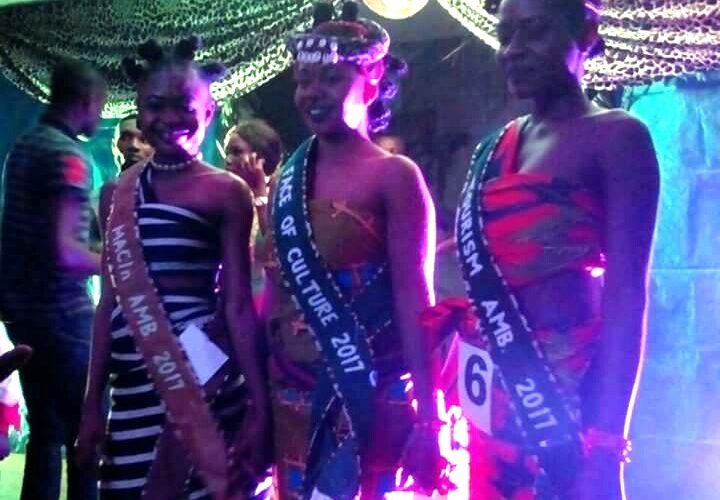 The 300 level Integrated Science and Biology student at the Federal College of Education, Obudu made her first attempt at pageantry which she won at the event marking the end of almost 14 days of several activities celebrating the African culture in Obudu local government area.

Miss Ugan expressed her excitement saying “I am very happy, I am excited” for winning the crown.

She said she will use the opportunity to reach out to orphans and the less privileged.

Ms. Peace Ekunke Ogar was first runner up and becomes the Miss Tourism Ambassador while Ugobi Alice Ikori is the second runner up and will hold the title of Mountain Cinema (Macin) Ambassador.

Mr. Frank Akpeke, the Chief Executive Officer of Mountain Cinema Nigeria, organizers of the event, disclosed that the eight edition was been organized in collaboration with the University of Calabar Performing Company.

The event which was held at the Civic Center saw attendees thrilled to performances by several artists and comedians with awards presented to deserving individuals and body corporates.