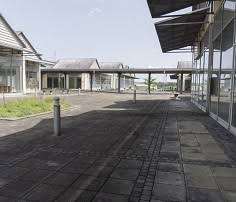 26MW TINAPA POWER PLANT TO BE COMPLETED IN 24 MONTH

The Cross River State government has expressed its readiness to commence the construction of another power plant in addition to an ongoing 21 megawatts plant in the state.

Funded by the Export-Import Bank of India and the Cross River State Government, the 26MW gas-powered plant in Tinapa is expected to be completed in 24 months.

A statement on Wednesday said the World President, Skipper Seil Group, Mr. Jitender Sacheva, disclosed this during a technical presentation of final execution plan for the proposed power generation project to Governor Ben Ayade in Calabar on Tuesday.

“This project is long overdue and I’m excited that today it has been actualised because of your effort including your aides know the important of the project and weighed in promptly with several visits to India to fast-track its timely execution.”

Sacheva said the project had been approved by the Indian government, only waiting to be execution in the state.

He told the governor, “We are here basically to ask you to hand over to us physically the land designated for the project so as to enable us to commence construction work immediately.

“We are setting two-year timeline but I assure you that the power plant will be inaugurated before May 2019 when you are expected to begin your second tenure in office.”

In his response, Ayade described the project as a dream come true, saying, “Cross Riverians can be assured that we will be giving them 23MW of power coming from Parliamentary Extension plant while Skipper’s 26MW will be coming out of Tinapa, including a 10MW solar plant. I can proudly tell you that Calabar will never be switched off again.”

He expressed confidence in the company’s capacity to deliver, saying he had visited all its offices home and abroad.

The governor said, “My engineers will also be going for some testing and I am sure that once the license is issued, shipment will commence.

“So, on the basis of that, I want to seek for partnership between Cross River State and your company to build transmission line as soon as possible.

“This is very imperative because by the time we have 56MW being generated and I know that Federal Government has approved that Cross River owning Odukpani power plant with over 500MW and that it is only natural that they will channel and retain 100MW for our state’s consumption.”

Ayade said the cumulative 156MW would be enough to sustain the state.

He said, “But it will not be fair enough if we retain all that power in Calabar. Calabar will need just about 45MW including the Ayade Industrial Park. So, the rest must be evacuated across the entire spectrum of the state.

“We also like to see how we can work with you on the transmission line on the 274km Superhighway because our hope is that we should be able to transmit at least 100MW that will be distributed to other parts of the state.

“This cannot be done on the existing national grid because we lack a grid backbone to convey from the Odukpani power plant to the Northern and Central Senatorial District.”