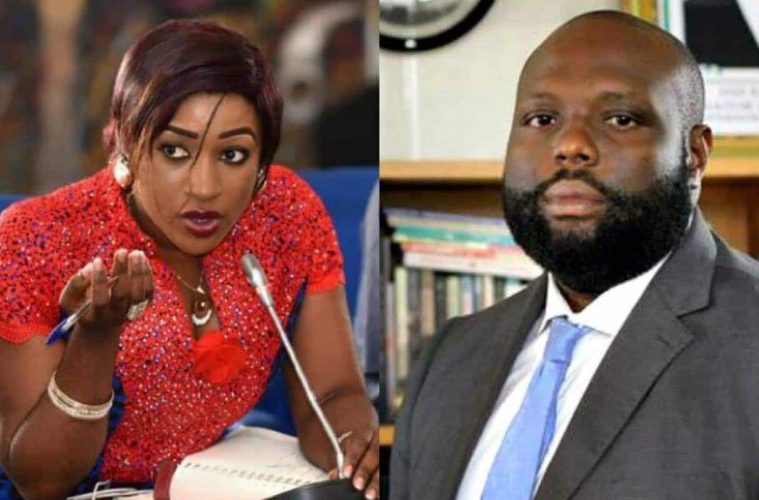 Politics in these parts is an old man’s job but these bright young things have managed to make their voices heard. From commissioners and special advisers to legislators and heads of agencies and parastatals.

The annual #YNaijaPowerList  bring you the most influential young Nigerians under 40 who are braving the dark, often dangerous, but always exciting world of real politics. These 10 folks are the faces of the future and we feel proud that 3 Cross Riverians are on this power list…..Cross River rising! Betta Edu became the youngest serving special adviser when she was appointed to advise Cross River state Governor Ben Ayade on Community and Primary Health Care. A 2010 graduate of the University of Calabar where she bagged her MBBS degree, Edu was later appointed director general of the state primary health care development agency. She has a Master’s degree in Public Health in developing countries from the London School of Hygiene and Tropical Medicine. Governor Ben Ayade of Cross River state surprised not a few when he named Asuquo Ekpenyong Commissioner for Finance. He didn’t just stop there, though. Ekpenyong was soon announced MD Tinapa Business & Leisure and giving the mandate to turn Nigeria’s biggest tourism export business around. He holds a Msc. Distinction in International Banking and Financial Services from the University of Reading and has worked successfully in the private sector.

The legislator representing Orumba North/South in the Federal House of Assembly may be in the news for all the wrong reasons but he is a power broker in his own right. Elected on the platform of the Peoples Democratic Party (PDP), Ezeonwuka was a member of the 15-member ad hoc committee that reviewed the House Standing Orders. He is also a member of the House Committee on Privatization and Commercialization.

Your last recollection of Herman Hembe may be his very public squaring off against Arunma Oteh, former DG of the Securities and Exchange Commission and his subsequent resignation from the headship of the House committee on Capital Market but he has bounced back in style, winning re-election to represent his Vandeikya/Konshisha federal constituency. He is also the chairman, House Committee on the Federal Capital Territory.

Jibrin may be down right now, but this is politics and it is certainly too soon to count him out. The man representing Kiru/Bebeji federal constituency in Kano state no longer chairs the Appropriations Committee, following accusations of budget padding but he has taken his new role as aggrieved whistle blower very seriously. It should be interesting to see just how much mud Jibrin can sling and make stick on House Speaker, Hon. Yakubu Dogara, a former ally. The Future Award Africa winner, Aisha Augie Kuta is the Senior Special Assistant, New Media to Kebbi state governor, Abubakar Bagudu. A professional photographer and creative artiste, Augie Kuta is saddled with the responsibility of telling a more enlightening story of her home state with the use of photographs, tweets, and other essentials of new media. A good portion of her work has focused on the governor’s agricultural reawakening. At 33 years of age, Irom Etaba Michael is a first time federal legislator representing Obubra/Etung federal constituency of Cross River state in the House of Assembly. Elected on the platform of the Peoples Democratic Party (PDP), Michael has been finding ways of delivering dividends of good governance to his people. He serves in the House Committee on Pensions.

When Mallam Nasir El-Rufai took over the reins of Kaduna state, he brought along with him,Muhammad Sani Abdullahi, a development economist and public policy specialist. With his over 12 year experience in development policy, finance and project implementation, including a stint at the United Nations Secretary General’s office, Abdullahi comes fully qualified to take on the state ministry of Budget and Planning which he oversees as commissioner.

Mark Okoye may been called a “30 year old boy” by Governor Willie Obiano who appointed him Commissioner for Economic Planning, Budget and Development Partners in Anambra state but it is clear that Okoye has earned the appointment, having worked in different capacities like Senior Special Assistant on Investments and member of the stateEconomic Think-Tank. Before Okoye was named commissioner, he was a Special Adviser to the Governor in the ministry he now heads. Hadiza Bala Usman was appointed by President Buhari to serve as the Director General of the Nigerian Ports Authority (NPA), effectively taking her away from Kaduna state where she had worked for the past year as Chief of Staff to Governor Nasir el-Rufai. Bala-Usman is also the co-convener of the advocacy movement, #BringBackOurGirls set up to force the plight of the still missing school girls, kidnapped from their school over 2 years ago.