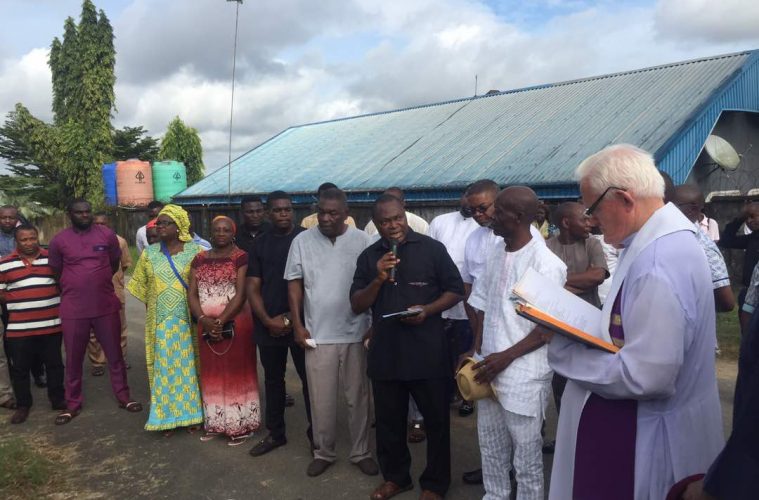 This was followed by a brief dedication ceremony at Ekorinim phase 2 along Groomlee Hotel, Calabar where a street was named after Chief David W. Onah as a mark of honour and evergreen memories.

The officiating priest, Fr Jimmy Kelleher noted that “With the symbolic naming of this street, Chief Onah will live in our thoughts and in our prayers as long as we live.” In a brief speech before the street unveiling, childhood friend of the deceased, Chief Linus Okom (Ada Bekwarra) recalled on the life and times of Chief David W. Onah. There was a grand reception hosted at the residence of the his son, Mr. Gabe Onah, Chairman Cross River State Carnival Commission. It will be recalled that Chief David Wonah Onah popularly known as “IDEA” started his Civil Service career with the Ogoja County Council in the mid fifties and later served in many parts of the former Eastern Region of Nigeria, notably Onitsha, Okigwe, Enugu and Abakaliki.