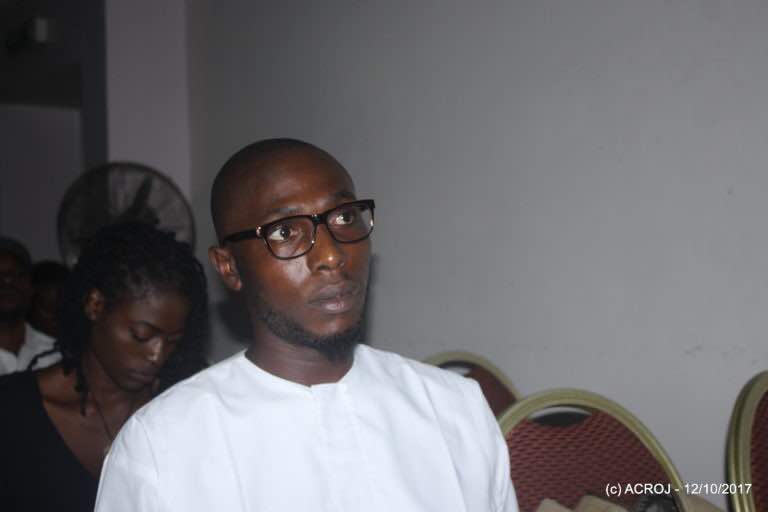 ACROJ CONDEMNS UNLAWFUL DETENTION OF ITS MEMBERS, TO DRAG POLICE TO COURT

The Association of Cross River State Online Journalists, ACROJ has threatened to drag the state Police Command to  court if two of its members arrested by Police while on duty during the #Revolutionnow protest in Calabar are not released within 24 hours.

The State Chairman, Edem Darlington in a statement accused the Police of intimidating and harassing Journalists adding that despite detaining them for hours, the Police authority is yet to inform them and the general of their offence.
Recall that during the protests yesterday, Jeremiah Archibong, Managing Editor of online platform, CrossRiverWatch, Jonathan Ugbal, news editor of the medium as well as Nicholas Kalu,  state correspondent of the Nation Newspaper were arrested.
Kalu has however been released but the duo of Ugbal and Archibong are still under detention and there are allegedly billed to be arraigned in court today.
“Gentlemen of the press, today the 5th of August 2019, men of the Cross River State Police Command arrested and unlawfully detained for over 12hours some of our colleagues who were at a public place, carrying out their constitutional duty of informing the public.
The members are;
Jeremiah Archibong, Managing Editor of Cross River Watch.  Jonathan Ugbal, Government House Correspondent, Cross River Watch And Nicholas Kalu,  state correspondent of the Nation Newspaper.
We are aware that the authorities are planning to arraign them in court early tomorrow (today) morning”.
While as media men, we have always maintained our willingness to support  the police in their duties, we must be quick to add that, ACROJ will use every lawful means and vehemently resist attempts to gag the media or cage our constitutional role.
We view this as a disgraceful attempt of the CP Agbolanhor led Cross River State Command to intimidate, harass and make mess of the media.
ACROJ calls on the state police command to immediately release our members within the next 24 hours or be ready to meet us in court for violating the right of our members”,the statement reads.