The Association of Cross River Online Journalists (ACROJ) has ended a one-day capacity building training for it’s members on ‘Election Reporting Skills’, in preparedness for the upcoming elections in 2019.

In his address, ACROJ Chairman, Comrade Hope Obeten, admonished journalists to be ready for the elections which is in top gear, and not to compromise dignity for any fee.

He added that “This training is petinent and long overdue. Let’s digest what the resource persons have in stock for us, welcome.”

She also beseeched participants not to be biased in the reporting of the upcoming 2019 general election.

She said, “I want to appreciate all of you members of the press, for the good work done in the last general election.

“I want to use this medium to implore you all not to be partisan, biased and to report objectively and in fairness in the 2019 upcoming general election.”

While responding to questions, the INEC representative recounted some of the steps made to orientate and educate the electorate as “Organized stakeholders forum, held publicity meetings with journalists and carried out market outreaches.”

Meanwhile, the Premium Times South- South Editor, Mr. Cletus Ukpong, also enlightened journalists on some of the skills for effective election reportage as “Understanding the electoral process and the key players involved. Being conversant with key political actors and maintaining contacts with them, directly and indirectly.”

Others he mentioned are “Focusing on the professionality of the job rather than money. And giving every sides to a story a fair hearing.”

In the same vein, a Security Expert, Miss Princess Jasmine advised journalists to “put the interest of the Nation first and not do anything that is capable of breaking down law and order of the society.”

Also she warned that “no news is worth your life, try to always be objective and know that the peace of the Nation is more important.”

In her part, a representative from the Cross River Broadcasting Corporation (CRBC), Mrs. Okama Williams stressed on the need for journalist to authenticate the source of their information before publishing.

The height of the interactive workshop was the launch of the #Press Freedom On Election Duty campaign which was described as a campaign that will help enlighten and prepare journalists for election coverage by the Secretary of the Association of Cross River Online Journalists, Comrade Archibong Jeremiah during the launch.

He called on all and sundry to partner with ACROJ in making journalism a safe profession as regards election reporting.

See pictures from the training below: 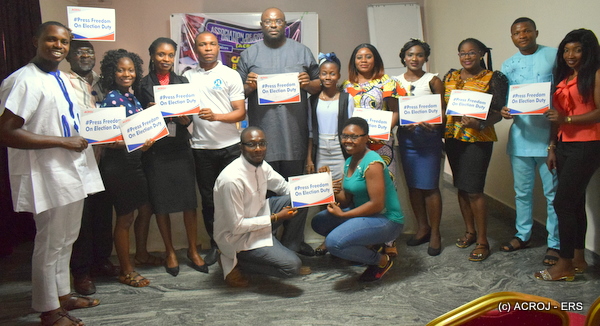 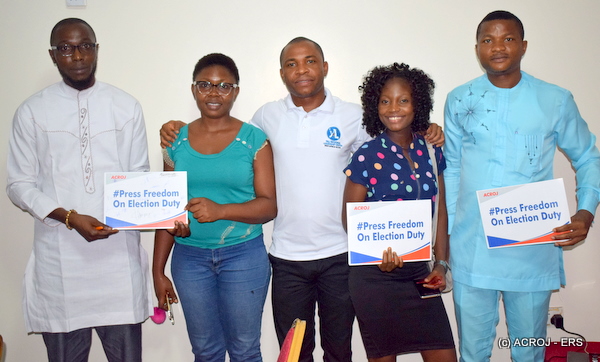 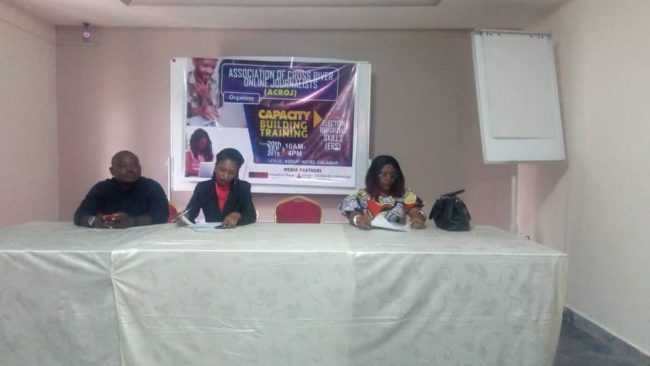 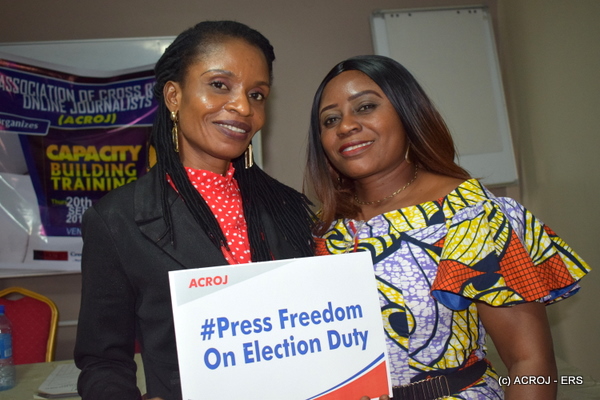 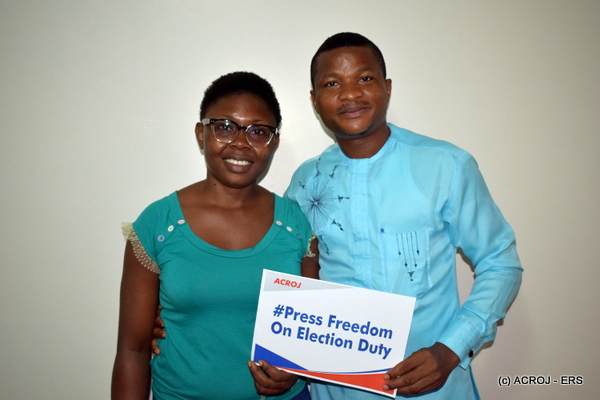 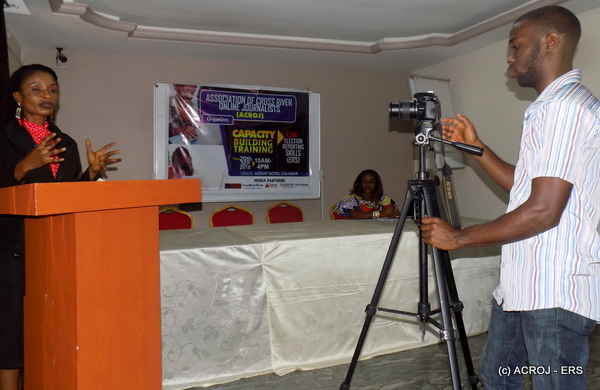