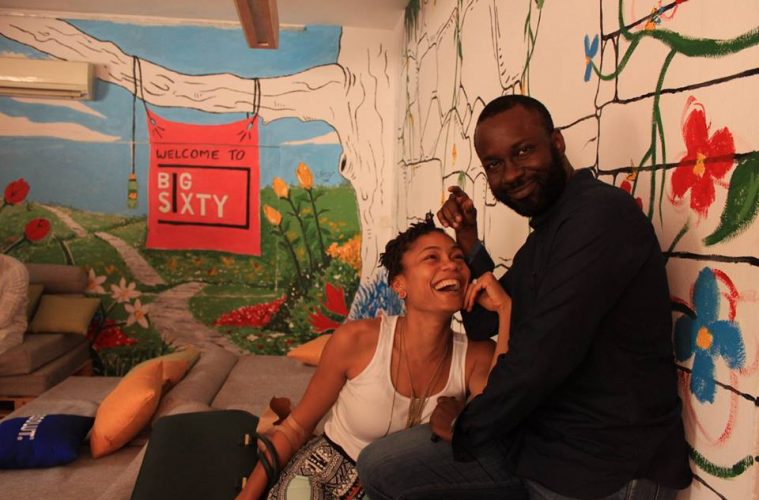 When we talk about power couples in tech, we are quick to name Mark Zuckerberg and Priscilla Chan; and Bill and Melinda Gates but usually, we do not have to go that far because we have the likes of our very own Tayo Oviosu and Affiong Williams.

Tayo Oviosu is the CEO and founder of Paga, a mobile payments company he founded 8 years ago to enable universal access to financial services for Nigerians but you already know this. Affiong Williams, on the other hand, is the CEO and founder of Reelfruit, a fruit processing company focused on packaging, branding, and processing of locally made and quality fruit products.

Interestingly, if you search “Tayo Oviosu and Affiong Williams wedding” or something like that on Google, the few websites that supposedly have the scoop on the event do not exist anymore. How convenient right?

Even with most of the visual evidence wiped off the World Wide Web, we know that Tayo and Affiong have been married since 2014. If you follow them on Twitter, you probably already know this.

As with the non-existence of their wedding gist, you would not find any interviews where either of them talked about their marriage. Although, in a recent interview with Techpoint, Tayo talked about how he manages to balance work and his married life with his high-achieving entrepreneur wife.

It was interesting to find out that for their second date, Tayo took Affiong to Sweet Sensation, a popular restaurant back in the day where a stranger joined them on their table, well because this is Nigeria, people do strange things like that. Affiong remembered this as their first date; because it’s a date only if a lady says so.

Following their story, I could not help but appreciate how cute they are together. Here are a few reasons why Tayo and Affiong are relationship goals.

They are both high-achieving entrepreneurs

As with other power couples around the world, Tayo and Affiong are a dynamic duo who have become successful in their individual ventures and have received awards and recognitions for their successes. In 2014, Tayo Oviosu won the Entrepreneur of the Year (West Africa) at the CNBC Africa All Africa Business Leaders Awards. In the following year, Affiong Made it to the Forbes list of African future billionaires alongside 4 other Nigerians.

We love their occasional PDAs…cute!

Like most techies, Tayo and Affiong keep their private lives very private. However, since they are both active on Twitter, they show PDA once in awhile which we think is very cute, even if we get to see it mostly on Twitter.

It seems my ride home @oviosu has “forgotten” me. Perhaps on account of our divergent #brexit opinions. Someone help me beg him.

To football bants with occasional jabs directed at each other

Sanchez has now scored as many goals as Diego Costa,@oviosu.

One can now hear word, Abi?

They obviously take time out of their busy schedules to have some fun on the TL.

They both love football

Twitter is usually the go-to place for fun football bants especially during football season; Tayo and Affiong are not left out of this.  Get this, Tayo is a fan of Chelsea FC while Affiong is an Arsenal FC supporter.

As Arsenal always gives reasons for bants to be directed their way,  most of the bants are seen to go from Tayo to Affiong but Affiong has her fun when Chelsea loses. You can imagine what game day in their house would be like especially during a Chelsea vs. Arsenal match.

This is the worst game from @ChelseaFC. Even worse than any last season. Good win to @Arsenal @AffiSupaStar. After 5 yrs it’s time you win 1

They are super supportive of each other

Having someone who believes in you and supports you must be one of best feelings in the world. Tayo has always been seen publicly supporting his wife’s business and her causes. He advertises Reelfruit at any chance he gets and has even invested in the company. If that doesn’t scream supportive husband then I do not know what would. Affiong has also been a supportive wife, always cheering her husband on and defending him on Twitter.

A couple that runs together stays together

I just made that up but how nice it is to have someone with whom you have common interests. Tayo and Affiong are both avid runners; running is something they both do and enjoy together. When Mark Zuckerberg came to Lagos, he joined their running club to run along the Lekki-Ikoyi bridge. Just last weekend, they both ran the Paris Marathon. 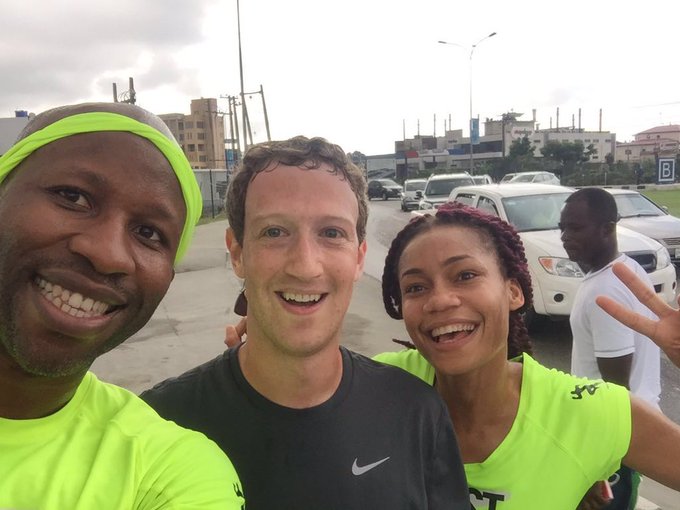 Just ran 1.5m w Mark Zuckerberg! He killed me 1st mile! Pushed me to 8min. Was so beat & slowed I missed a photo!

Although they have different individual hobbies and interests, the couple still find time away from their busy schedules to take vacations together.

We love that they are successful, fun-loving, cute together, adventurous; in fact, they are goals.