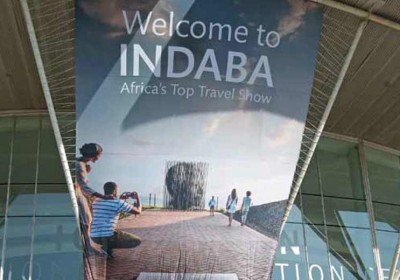 There are many stories to be told regarding Africa’s tourism industry, and Africa’s Travel Indaba provides an enormous opportunity to further showcase the tremendous economic, social, cultural, environmental and heritage value that the sector can bring to the continent.

Africa as a travel destination is poised to unleash its potential – here are some figures to bear that out:

• The UNWTO recently reported that a total of 62 million travellers visited Africa in 2017 – which represented an increase of 8%, outgrowing the world average increase of 7%.

• Africa’s total share of the global travel market currently stands at 5%, and the feeling is that this can only grow in future and in line with global traveller trends for authentic immersive experiences.

• The International Air Transport Association (IATA) estimated in late 2017 that airline passenger numbers to Africa would more than double in less than 20 years – which bodes well for continued exponential growth of the tourism sector.

• The Single African Air Transport Market (SAATM) was launched by the African Union (AU) in January 2018, and aims to create a unified air transport market by 2063 and will eventually lead to a common African passport to promote free movement and trade between African nations. This can only be good news for the tourism sector and will promote greater intra-African travel possibilities.

• The UNWTO also announced at ITB in March 2018, that they will be moving ahead with a new 10 point “Agenda for Africa” to be realised over the next four years. The programme aims to address connectivity, the image and brand of Africa, poverty alleviation, climate change, education, skills development and financing in terms of supporting exponential growth of the tourism sector on the continent.

Destination Africa is where it’s at right now and in South Africa, President Cyril Ramaphosa announced in his State of the Nation speech in February this year that “there is no reason why tourism can’t double in size.”

South African Tourism (who fund and organise Africa’s Travel Indaba) recognise the importance of the growing tourism appeal for the entire continent through connecting people and unleashing potential. “With this show we are again reiterating our belief that tourism really does have the potential to double in size in the next decade,” says Sisa Ntshona, CEO of SA Tourism.