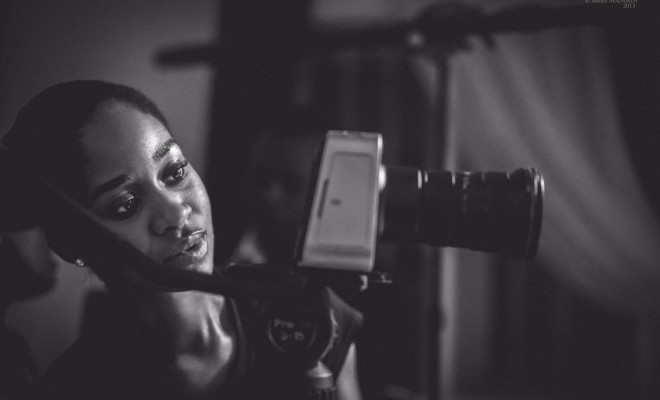 The much-talked-about Africa International Film Festival (AFRIFF) has become a reference point as a far-reaching African film festival and the best to ever come out of Africa.

An alumnus of the just concluded AFRIFF Scriptwriting Class 2015, Xavier Ogheneovo IGHORODJE, wins the 48hour Film Challenge in Nigeria. Xavier a chemical engineer turned writer, directed and wrote the winning movie titled ‘The truth about B.A.E’, a psychological drama about a girl who had a unique way of projecting her grief on her closest companions in order to deal with them, becomes key to understanding her condition.

“I had heard about the 48hr film challenge Lagos but I didn’t think it was authentic until I got into the AFRIFF trainee program (Screenwriting) and during one of their sessions on documentary, the conveyor of the project (Mr. Ike Nnaebue) came to talk to us. Asides the fact that this validated the authenticity of the competition, a huge chunk of the talents featured on the project were AFRIFF 2015 trainee actresses I had met one way or the other during the duration of the just concluded festival. Needless to say, without the safe haven created by AFRIFF for upcoming community of creatives to meet and interact and consequently collaborate, this project wouldn’t have been possible.” Says Xavier Ighorodje

The 48 Hour Film Challenge inspired by Mark Ruppert and Liz Langston, sponsored by Movie Magic Screenwriter Version 6 and Pond 5was brought to Nigeria by Ike Nnaebue a prominent Nigerian filmmaker during The Africa International Film Festival. It is a contest in which teams of filmmakers are required to make a movie – write, shoot, and edit – in just 48 hours. Winners from various countries qualify for the international challenge to screen their films at Filmapalooza- a filmmaking Olympic village as they compete for the international title of Best Film. His team’s winning entry for the 48hrs film challenge won the awards for best writing, best actress, best directing and best film.

‘The truth about B.A.E’ is representing Nigeria at the filmapalooza film festival in Atlanta where other film challenge winners from around the world would gather. The team leader also gets an all expense paid trip to the festival.

The film would be screened at this year’s Cannes Film Festival, France.