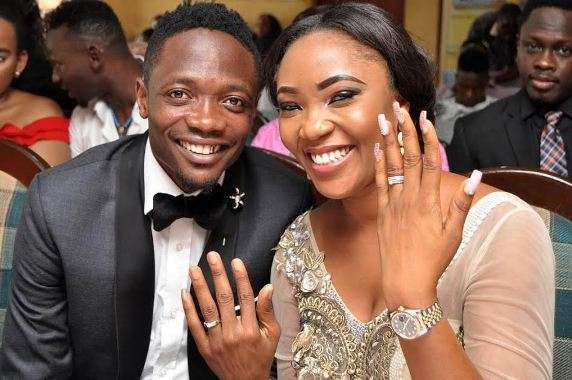 Excited Musa announced the good news on his Instagram page on Thursday. He wrote:

“I would like to announce to you all that moments ago Allah blessed me with a beautiful baby boy! Words cannot describe this feeling! ? ? ? It will be recalled that the Leicester City forward, Musa and his wife Juliet got married in 2017 with a beautiful traditional marriage ceremony held at Ogoja local government area of Cross River State.

This was followed by a court ceremony held in Abuja last year which had in attendance Kannywood star, Ali Nuhu among other close friends and family of the couple. Ahmed Musa and Juliet wedded in Abuja in May, 2017 (Ene Onoja Photography)

Although it was alleged that the footballer is still married to his first wife, Jamila, who, according to close sources, had no problem with Juliet, the second wife.

“She does not have a problem with Musa marrying a second wife, he’s a Muslim, she always knew it was just a matter of time before he got himself a second wife.” an inside source close to the couple says.