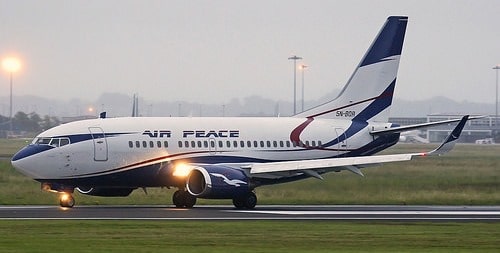 Air Peace, a commercial air transportation company will soon add 3 more routes for its passengers in the South South and South East regions to Calabar, the Managing Director of the airline has told CrossRiverWatch.

While speaking at the local wing of the Murtala Mohammed International Airport in Lagos, the MD/CEO of the Airline, Mr. Allen Onyema said due to demand and statistics available, Air Peace will introduce 5 new planes to its fleet of operation and open up the Calabar-Port Harcourt (CBQ – PHC), Calabar – Enugu (CBQ – ENU) and Calabar to Owerri (CBQ – QOW) routes.

It is still unclear when flight operations will resume but he said it will begin soon.

However, the airline tweeted via its Twitter handle @flyairpeace Saturday morning announcing commencement of flight operations to Benin, Edo state.