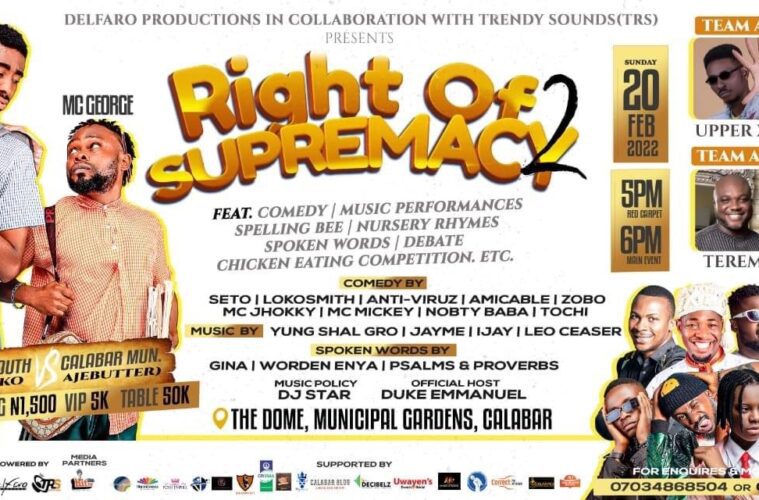 AJEKPAKO VS AJEBOTA: RIGHT OF SUPREMACY COMEDY SHOW SEASON2 – The back to school edition

Laughter they say is the best medication for all illness or worries, and for Nigerians this is one medication they are ever willing to get an overdose of.

A laughter-packed event that involves major comic-weight champs – Mc Koboko and Mc George battling for the right to supremacy on their different stands on current trends.

As the Right Of Supremacy Season 2 returns with the battle focused on Calabar South (Ajekpako) VS Calabar Municipal (Ajebutter) you should be ready for lots of rib-cracking features, as Mc Koboko leads his Ajebutter Classmates, Thelma and Terem against the battle for supremacy with MC George and his Ajekpako classmates, Texzy and Upper X!!

Music Policy is anchored by Dj Shyne, and Duke Emmanuel as the Official Host of the event.

The event is slated to hold on;