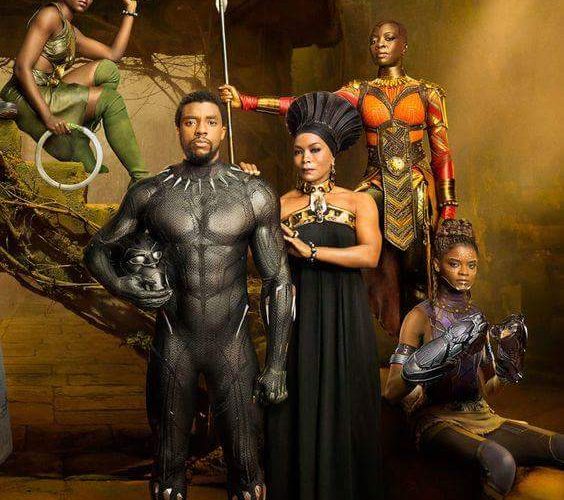 We know our folks in Calabar are yet to catch the Black Panther bug, all thanks to the closed FilmHouse Cinema in Calabar.

However, Hannah Beachler, Black Panther’s production designer, says a 400-year-old Nigerian language was one of the two languages that inspired Wakanda’s language.

Nsibidi, a language formerly used in parts of Cross River, was used repeatedly through the course of the movie as the language of the fictional Wakanda kingdom.

Wakanda is a fictional country and was used as location in some parts of the movie, Black Panther.

In an interview with Indie Wire, Beachler said the remnants of Nsibidi were combined with Roman numerals to create an advanced Nsibidi script.

“Using lines and dots, Nsibidi was expanded with an array of symbols, initially inspired by Chinese, Arabic, and Dogon and Murci of Africa,” she said.

“It was a secretive language, based on pictography, so it was about how you put the symbols together and the image you create.

“The language needed to evolve from the older hieroglyphs into a more modern version. We used it in a pictograph way but the numerical system stayed the same.”

In the throne room, where T’Challa, played by Chadwick Boseman, sat traditional Nsibidi symbols inscribed on a large column were visible, with smaller columns containing the more modern version of the language denoting the various names of the tribes in the movie.

“Ryan wanted a newer script that felt African but was really advanced,” Bleacher said, explaining how she discovered the language.

“I started looking at different cave drawings, we looked at LA graffiti artist Retna and were inspired by his being able to create these characters that were fresh, and started playing and playing. I did three or four passes and so did a couple of the illustrators. We mixed them, bringing our own aesthetic to it and made an entire alphabet.”

The process of bringing Nsibidi to life took Beachler and Coogler six months.

The movie has grossed over $700 million worldwide as at Sunday.