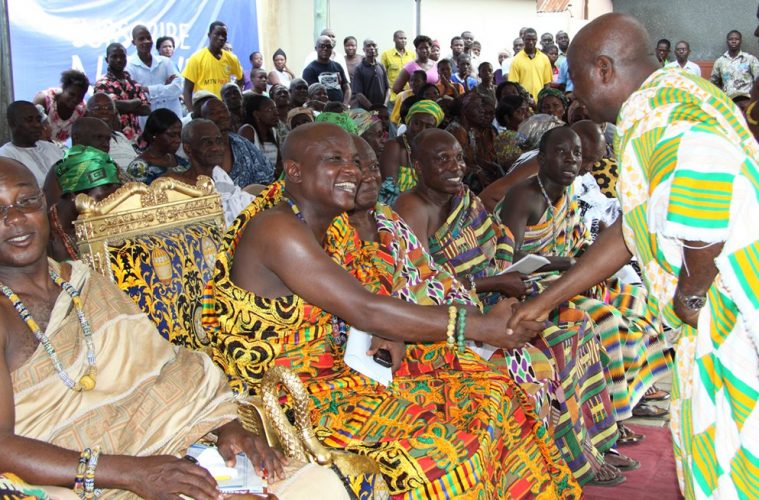 The Planning Committee of this year’s Asogli Te-Za has hinted of plans of making the celebration the biggest.

According to the committee, they plan to make this year’s event rival the Calabar Carnival in Nigeria.

The 2018 Te-Za also marks the 15th anniversary of the enstoolment of Togbe Afede XIV, Agbogbomefia of Asogli.

Brigadier General Martin Koku Ahiaglo,(Rtd) is the Chairman of the Planning Committee.

In a media interaction, he revealed that just as the Calabar Carnival has made the Calabar state a hub for tourism and hospitality in Nigeria and Africa, the Asogli Te-Za (ATZ) was being repackaged to change the “character of festivals” in Ghana.

“Te-Za is unique so we are working hard to use this year’s celebration and Agbogbomefia’s 15 years to make Ho tourism destination of choice,” he stated.

Brig. Gen. Ahiaglo said the festival would also serve as an annual stocktaking of occupational endeavours. Especially farming and help mobilize human and material resources for job and wealth creation.

“Te-Za” is an annual festival celebrated by the people of Asogli in the Volta Region of Ghana. It is celebrated in the month of September every year to celebrate the cultivation of yam that was started by a hunter who found the tuber in the forest during his hunting expedition. According to history, the cultivation of yam among the people of Asogli started when the yam that the hunter hid during his hunting expedition to come for it later germinated and grew bigger. The celebration was brought into Ghana by the Ewe people of Ghana when they migrated from Notse in the Republic of Togo; where it is still celebrated.

In 2004, Togbe Aƒede XIV brought back the celebration of the Yam Festival. It had then been abandoned for over a decade. It has its core goal of educating and entertaining both Ghanaians and visitors about Asogli traditions. The Te Za provides an opportunity for experiencing traditional music, dance, story telling. It is usually climaxed with a grand durbar to climax the festival.