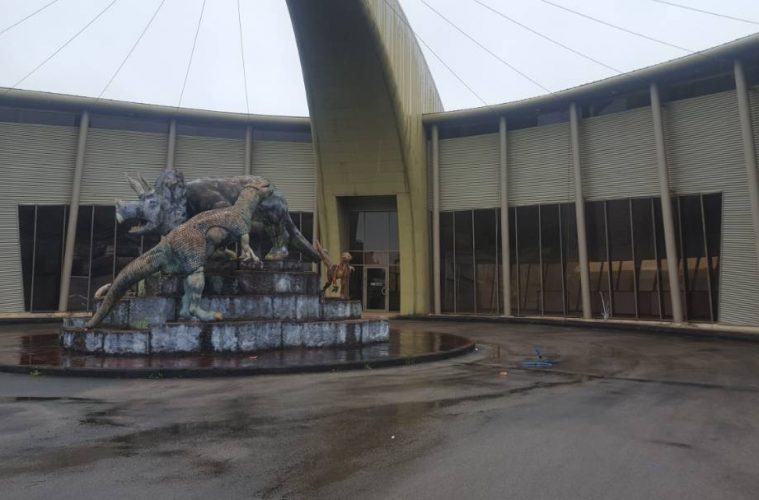 EbonyLife TV, Nigeria’s leading indigenous lifestyle, entertainment brand and television channel, celebrated its fifth anniversary recently, on July 1 with the launch of its global Video-On-Demand service in Africa; streaming movies and series via its EbonyLife on mobile; commencement of regular broadcast in Africa on the StarTimes network and flow in 10 Caribbean countries as well as the launch of a new brand identity to mark its fifth year anniversary.

Thrilled about the channel reaching its fifth year of broadcasting, Mo Abudu, the founder and CEO of EbonyLife TV said, “We are incredibly grateful to have made it this far. The journey has not been easy and a lot of hard work has gone into the past few years. We would not be here without the people who have been in our corner from day one – sponsors, advertisers, partners, vendors, employees, talent, contractors and our viewers, who have been extremely loyal,” she said.

Launched in 2013, at Tinapa Nollywood Studios, Calabar, EbonyLife TV began transmission on a N2.4 billion loan from Cross River State government in what was to be the Calabar Media City project.

According to available documents, In June 2012, the Cross River State House of Assembly authorized the granting of a NGN2.4 billion loan to the state government for the Calabar Media City-Special Purpose Vehicle (SPV) between the government and Ebony Life, operators of Ebonylife TV on DSTV. In a letter to the Assembly dated 31st May, 2012, former Governor Liyel Imoke had said the essence of the facility is to set up an entertainment channel, which would serve as the hub of African Private Television Entertainment in Calabar Media City.

He said EbonyLife, the partner, is highly experienced and will handle the operation; while Ministry of Finance Incorporated, MOFI, another partner, will assist in overseeing the business.

He said the revenue prospects of the business are high; and that it is envisaged that the government guarantee will never be called-in for failure of the business to meet its obligation.

“Calabar Media City, through EbonyLife, has secured the patronage of Multi-Choice company. The total fees of N2 billion is expected from Multi–Choice in the first year of operation,” he added.

Imoke stated that other revenue services include several projects that will yield income from professionals, institutions, and tourists, as the projects will also include Calabar Film Academy, Calabar Film Festival, Calabar Music Festival and Calabar Festival Week.

According to him, the business revenue plan shows that by the third year of operation, the revenue will be NGN3.8 billion and by the seventh year, the total income expected will be NGN33.3 billion.

Highlight of the First Bank offer showed the borrower and therefore, “the obligator is Calabar Media City with tenor of 48 months and 16 per cent interest rate, with other fees granting at a total of 1 per cent flat.” Now, the Association of Cross River Online Journalists (ACROJ) had written the incumbent governor, Ben Ayade as well as the 8th assembly to investigate the matter.

Portions of the letter read: “Your Excellency, more than two years on, it is doubtful whether there is a Calabar Media City anywhere or whether the projected revenue from the loan facility is accruing to the state. Our expectation that the capacity of struggling home grown media organisations with total commitment to the coverage of Cross River State, will be developed has also remained illusory due to the opacity surrounding the whole deal.

“It is in the light of all these that we in the Association of Cross River Online Journalists, ACROJ are asking His Excellency to commission an enquiry into the loan deal to determine whether it has met the terms of reference. Specifically Sir,

*What has become of the loan?

*Who have been the players in its disbursement and management?

*What has become of the Calabar Media City?

*What has been the impact of the deal on the development of the media in Cross River State particularly with struggling home grown media platforms that are being starved of support?

*What employment opportunities, and other infrastructural development has it brought to Cross River State?

*What is the percentage Cross River content in Ebonylife TV production?

“It is our fervent hope that His Excellency will see the imperative need for this inquiry and commission it as soon as possible so that Cross Riverians can say with accuracy where their 2.4billion Naira loan was spent.”

Neither the state nor the assembly acknowledged or replied the letters. However, The Speaker of the Cross River State House of Assembly, Rt. Hon. John Gaul Lebo has said that the House cannot deliberate on the loan the state government obtained for the Calabar Media City Special Purpose Vehicle.

Responding to a tweet by CrossRiverWatch News Editor, Mr. Jonathan Ugbal where he wondered why the matter has been swept under the carpet, Mr. Lebo tweeted: “Because the matter is subjudice after the EFCC investigation.”

Well it is sad that the NGN2.5 billion deal between @EbonyLife_TV and the @crossriverstate which the @CRS_HOA under @LeboGaul promised to investigate has been swept under the carpet. https://t.co/R7XDaNPRDG

This was disclosed by the State Commissioner for Information and Orientation, Barr. Rosemary Archibong recently in Calabar.

Mrs. Archibong stated that the Government of Senator Ben Ayade is not unconcerned about the problem as “I agree with you, there issues with the agreement with Ebony Life TV and this government is not indifferent to the problem.”

The Commissioner also said that “Work has been going on, and discussions have been on even with Ebony Life to see how we can address that issue.” Watch Here Meanwhile, in an interview with Genevieve Magazine recently, Mo Abudu spoke on a range of things including the relocation of EbonyLife TV from Calabar to Lagos in 2016.

According to her, she said, “I don’t want to say we have relocated, I’d rather say we restructured and have expanded our operations. There can be no sentiment in running your business, it all has to make financial sense.

It’s important to look at what structure works best and this is why we have moved our production of our entertainment shows to Lagos, shot 3 incredible drama series in Calabar recently, they include The Governor, DERE and LIFE 101. It made logical sense to produce those dramas there because of our studios, the locations and being away from all the distractions of Lagos etc.

The one constant about business is that its dynamics and changing and one needs to adapt as those changes occur. If we do not change, our businesses become unprofitable and uncompetitive. We did not want that to happen to us. We are in our 5th year of operation right now, so a change was due and ready to happen”.

We have restructured our broadcast schedule, production schedules and ways of doing business to allow for growth and innovation. We continue to work out of Lagos and Calabar. And most importantly we appreciate the support and partnership we continue to have with Cross River state Government”.

With all of these arising, the question that has remained on the lips of concerned Cross Riverians is, where is the Calabar Media City? And what has become of the N2.4 billion loan?