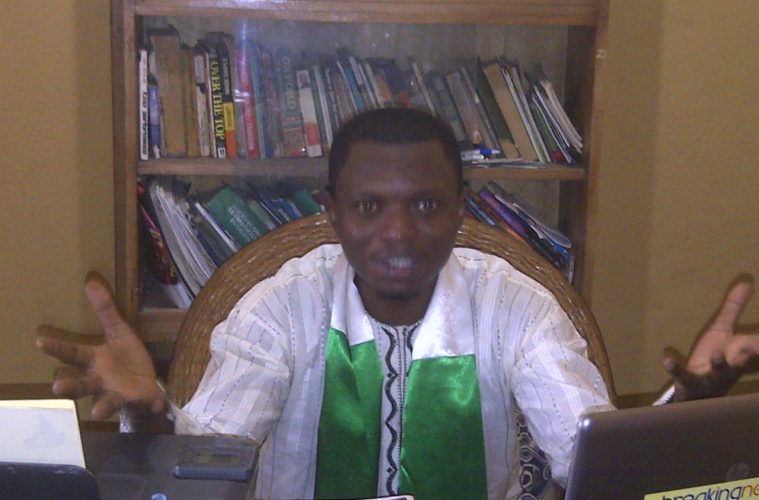 “Throughout the centuries there were men who took first steps down new roads armed with nothing but their own vision. Their goals differed, but they all had this in common: That the step was first, the road new, the vision un-borrowed, and the response they received – hatred.” – Ayn Rand.

The Association of Cross River Online Journalists ACROJ is a child of vision, born at a time when average men were focused on the present even as the future beckoned. But “The future belongs to those who can see it and prepare for it today”.

Technology is creating challenges for the journalism profession – but it also offers new ways of informing the public. The printed press is in danger of extinction, while the internet keeps on growing and growing.

A few years ago, no one took online journalists seriously in Nigeria in general and Cross River State in particular. They were written off as unserious and mere internet gossips and bloggers. But we saw a vision of the future and despite the challenges, believed in the dream and plunged forward.

CrossRiverWatch was birthed as a trail blazer in the state and weathered the storm. Today, it is a different story with the space being opened up for several other platforms and the consequence being that Cross River State is now the most reported state online in Nigeria.

Research shows that the demand for print publications is dwindling and print media houses are struggling to remain afloat. The solution is restructure or die. But while many are just realizing, we had seen the vision many years back. Along with CrossRiverWatch pioneering role came the growth of other online media platforms which created the need for peer association, review, welfare and support in Cross River State. Association of Cross River Online Journalists ACROJ was the answer.

Some of the strategic objectives of the association was and remains capacity building of online journalists in Cross River State and repositioning the sector to help stakeholders make the best of the opportunity that it presents for the good of Cross River State.

ACROJ was thus officially registered with the Corporate Affairs Commission in Nigeria with a Board of Trustees and an Interim Executive to drive its affairs in the state. The association also has its constitution which guides the conduct of its activities.

The Association which is yet to have a permanent office is accommodated by CrossRiverWatch in No. 2 Marian by Rabana roundabout and can boast of at least one vehicle which was donated by the Cross River State Governor, Senator Benedict Ayade in appreciation of the contribution and challenges the organization is weathering.

ACROJ in the past two years has been under the leadership of Iwara Iwara an online journalist and Publisher of calitown.comfrom Yakurr in Cross River State who recently resigned.

Whether under his leadership, ACROJ has been able to achieve the objective for which it was set up, will be determined by the judgement of members and the Board of ACROJ but for me, he did his best and moved us several miles away from where we were when we started.

Following the resignation of the interim Chairman and the expiration of the tenure of the Interim Executive, the Board of Trustees of ACROJ met to chart a course for the association, going forward. The Board agreed to hold election to fill existing positions according to our constitution.

The Electoral Committee has been set up with Mr. Nawa Unimke, a veteran journalist, former NUJ Chairman in the state and Publisher of paradiseeagle.com as Chairman and the committee is working hard to achieve its objective amidst some challenges that are still delaying the election.

It is our belief that it is the right time to re-position the Association of Cross River Online Journalists ACROJ to achieve its objectives under the new leadership which will be elected. The members of ACROJ need visionary and committed leadership now more than ever.

There is a need to identify, groom and unite young and visionary pen pushers in the state who are willing and committed to learning the ropes and desirous of practising online journalism in conformity with best practices. This essentially should be the focus of the next phase.

The future holds great potentials for online journalism and this will play critical role in shaping the conversation in Cross River State and beyond. Building ACROJ is thus a strategic way of framing the future of our dear state today.

Fewer barriers to entry, and diverse computer networking technologies will lead to the widespread practice of online journalism in the state in the years ahead.

This will democratize the flow of information that was previously controlled by traditional media including newspapers, magazines, radio, and television.

The association will thus provide a platform where practitioners can practice with good ethics, look out for the welfare of one another and build capacity to become leading lights in Nigeria and the world at large. This is our vision and we shall write it; make it plain on tablets, so he may run who reads it.

Agba Jalingo is the publisher of www.crossriverwatch.com