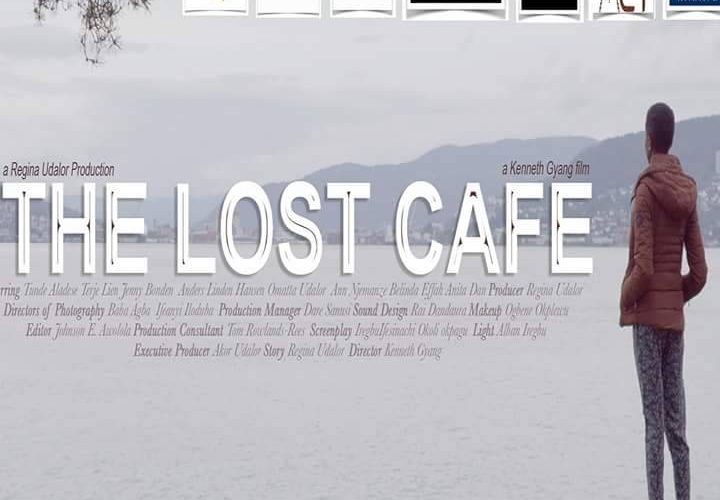 AWARD WINNING MOVIE, THE LOST CAFÉ TO SCREEN THIS CHRISTMAS IN CALABAR

The lost café, a movie which tells a story of migration, love and discovery where the dreams of an immigrant face a complex reality will screen this Christmas in Calabar, the Cross River State capital this December, says the producer Regina Idu Udalor.

Mrs. Idu disclosed this to newsmen on Thursday where she said that after several challenges, the movie will screen at the Tinapa lakeside hotel on December 25th and 26th with viewers standing a chance to win prizes.

The movie directed by Kenneth Gyang and starring Tunde Aladese, Belinda Effah and Ann Njemanze among others, is a collaboration between Nigeria and Norway with most of the principal photography in Nigeria carried out in Calabar.

The film was first screened in Nigeria at an invite-only event at the Royal Norwegian Embassy in Abuja on October 3 where guests at the screening included the Norwegian Ambassador to Nigeria, Mr. Jens-Petter Kjemprud and Hon. Abike Dabiri-Erewa, Senior Special Assistant to the Nigerian President on Foreign Affairs and Diaspora. It was later screened at the African International Film Festival in Lagos on October 30 where it won the Audience Award prize.

“The tickets for the Calabar screening will cost NGN1,000 only for VIP and N500 for regular,” Idu said and averred that “prizes such as lunch with one of the cast or crew; makeup vouchers with Cindy signature; Photoshoot with X-posure and custom made dress sewn to winner’s taste by Joiberry clothing are available for grasp.

The movie, whose central theme coincides with that of the 2017 Carnival Calabar and Festivals; “Migration” will be released later this month.

The film, by Peridot entertainment and Cinema Kpatakpata will also be screened at several locations across the country.