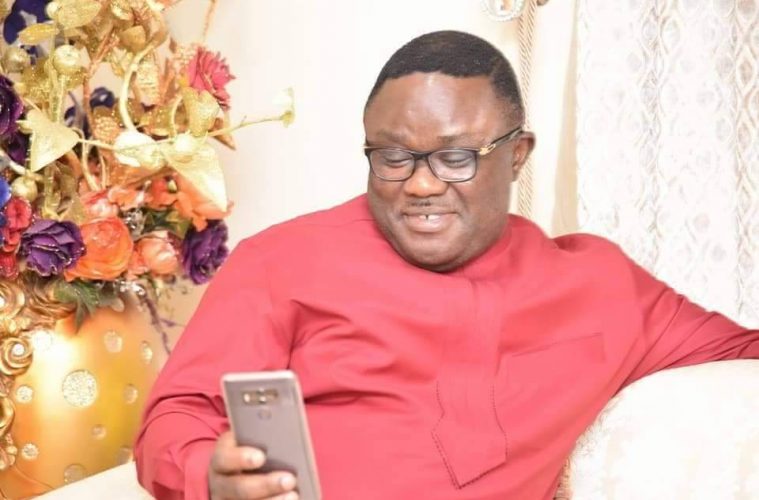 AYADE AT 50: PROFILE OF A TRANSFORMATIONAL AND INDUSTRIALIST GOVERNOR

As Sen. Prof. Benedict Ayade, the Obudu born governor of Cross River State celebrates his Golden Jubillee today, 2nd of March, 2018, I take a look at his life, his vision for Cross River State and the transformational path that he is taking through.

He earned his B.Sc. (Honours) in Microbiology at Ambrose Alli University in Ekpoma, Nigeria and PhD at the University of Ibadan. He then worked as a lecturer at Delta State University, Abraka where he was later appointed Professor.

Ayade ventured into politics when he ran for Senate in the Northern Senatorial District of Cross River State in Nigeria in the April 2011 elections. He roundly defeated his rival with over 91, 000 votes.

He was elected the Governor in April 2015 on the platform of People’s Democratic Party when he won the gubernatorial poll in Cross River State having polled over 342,000 votes. He was sworn in on May 29, 2015 for a 4 year term.

Cross River State under his leadership has chosen to blaze the trail with transformational initiatives to bring life to the economy of the state in particular and the nation in general.

Ayade as governor of Cross River State has taken up the challenge to unveil a fast track economic development agenda, embarking on the phenomenal infrastructure and industrialization projects in the state.

The Signature Projects; the Bakassi Deep Seaport and its evacuation corridor, the Bakassi Katsina Ala Super Highway are revolutionary in the history of sub national development in the region.

The progress of work on the signature projects is undeniable with the completion of design, de-bushing and commencement of earth works on the 275 km super highway.

There is also the completion of design, Environmental Impact Assessment (EIA) and commencement of pre-construction and reclamation works at the Bakassi Deep seaport.

The importance of the sea port and water transportation for the importation and exportation of goods cannot be over emphasized. Herein lies the economic wisdom in the construction of the deep sea port in the state.

The construction of the Bakassi Deep Sea Port will thus increase the volume of vessel traffic and cargo coming to and through Cross River State and reduce cost of doing business for Calabar-based businesses.

The 275km Super Highway serves as the evacuation corridor for the deep sea port and is a critical complementary infrastructure required for the success of the seaport.

The industrialization policy of Sen. Prof. Ben Ayade is no less phenomenal as they represent a clear vision that will lead to the prosperity of Cross River State.

Cross River State is the second largest producer of cocoa in the West African country of Nigeria with production in excess of 80,000 Metric Tons a year.

Cocoa from Cross River State has been judged one of the best in Nigeria even as the state has the potential to become the leading producer in the region.

But despite all these testimonials, cocoa is not being processed in the state as most of the cocoa seeds are being exported raw and the finished products are then imported into the state.

It is in the light of this that the Sen. Ben Ayade effort to build a N7 billion cocoa processing plant in Ikom Local Government Area of Cross River State is seen as a jinx breaker in the cocoa rich southern state of Nigeria.

The revolutionizing investment in the development of rice value chain in the state with the rice farm, rice seed and seedling plant and rice mill has the promise of helping to achieve food security in Nigeria.

The Rice Seed and Seedling Plant is truly an innovation in rice production as the facility is designed to mass produce seeds and groom nursery of disease resistant, high yielding rice for commercial and mechanical production in Cross River State.

Beyond innovation for the improvement of the production of high quality rice in the Southern State of Cross River State, Nigeria, the Sen. Prof. Ben Ayade Administration is also partnering in investment in mechanized farming as well as the construction of 5,000 tonnes per day rice mill in Ogoja Local Government Area of the state.

All these together are expected to bring unprecedented change in the sector and increase local production of rice in Nigeria and as such reduce importation and improve the economy.

The Cross River Garment Factory and ongoing development of the entire cotton value chain in the state is a winning strategy for job and wealth creation.

One of the key essence of the garment sub sector is that it absorbs large numbers of unskilled labour, especially women in the state thus reducing unemployment and gender imbalance in the labour market.

In Nigeria, a country of more than a hundred and sixty million people, the market for garments is huge and growing. Garments are also potential key manufacturing export for many developing countries including Nigeria.

This economic background justifies the policy decision of the Cross River State Government to set up the Cross River Garment Factory which is one of the industrialization projects under the Sen. Benedict Ayade Administration.

The Cross River State Garment Factory Ltd is a public private partnership investment which has been completed and commissioned and has begun production of garments employing more than 1000 Cross Riverians mostly women and widows.

Presently about 70 per cent of drugs used in the West African Country of Nigeria are imported. Conversely, local production is running at about 30 per cent installed capacity.

The Federal Government of Nigeria has put a total prohibition on the importation of pharmaceutical products under the 2016 Fiscal Policy Measures and but special permission is granted to local manufacturers who have to pay 20 percent duty.

The thrust of the policy is to stimulate local production of drugs. This, it is believed, would reduce Nigeria’s dependence on imported pharmaceutical products.

It is in the light of this that the establishment of the Calabar Pharmaceutical Company Ltd. (CalaPharm) by the Cross River State Government makes economic sense.

And of course the unfolding power revolution by the Ayade’s Administration is the foundation for the industrialization of Cross River State.

The governor began the power revolution by taking delivery of and installing a 21 megawatt embedded power generation system in Calabar, the Cross River State capital.

The people in the state were yet done applauding the governor for a job well done on all this when he unveiled another mega power project for the state.

The governor signed a partnership agreement with a consortium of energy firms led by Siemens to deliver a 750mw floating power plant in the state.

All these and more are expected to give a firm foundation for the industrialization aspiration of the state which the amiable governor is very committed to achieving.

There is a revolutionary investment on going in the mineral resources sector in the state that I may have to focus on another day. The state has completed the mineral mapping of the state and investment in iron ore, cement company, and many more and being unveiled.

Time and space will not allow me to communicate all the transformational achievements of the digital governor of the fast growing state but will hope that as the governor marks the beginning of a new age, his inspiration will be renewed for greater achievements for the benefit of the state and its citizens.