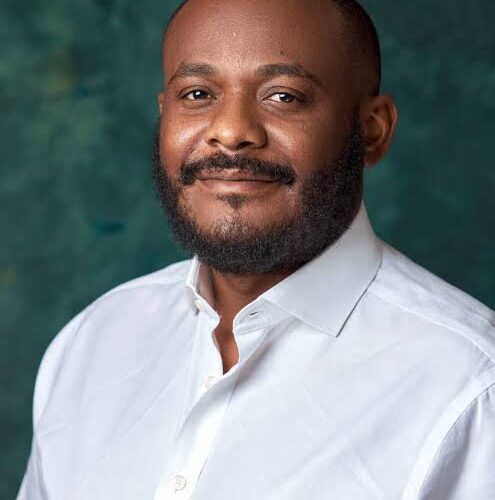 Ayade: A Future Architect in Conversation with History By Oden Ewa

27 views
News0 Comments27 views 24 min read
The future they say belongs to those who believe in the beauty of their dreams. Leonard Sweet and Peter Drucker seemingly struck a common chord when they averred that the ‘future is not something we enter, the future is something we create and ‘the best way to predict the future is to create it’.
Inspiring young people through knowledge and mentorship is Ayade’s forte. For him, the future is very delicate and therefore, must be given deep attention.
Only recently, Ayade’s former commissioner for Health Dr. betta Edu emerged the youngest party women leader in the history of frontline political parties in Africa, if not the world. She had been the youngest commissioner for Health in Nigeria; an amazon, whose competence not age, elevated her to the sublime position of Chairman, Nigeria Health Commissioners’ Forum.
The case of Betta, is one among thousands of youth inspired, mentored and aided by Senator Prof. Ben Ayade to attain great heights. Until 2015 when Ayade took the reins of power as governor of Cross River State, Betta Edu, like numerous others from Cross River who have gained prominence within the last 7 years, were merely lurking in the shadows.
Through Ayade, many young Cross Riverians have found their footings in life. They have conquered poverty. They have liberated themselves and families from the pangs of hunger. From stark obscurity, they now possess political and financial muscles and can decide the direction of the tides.
Imagined why he is paying #30,000 to 5 persons per polling unit across the state? Cross River has 3281 polling units. It will amaze you to know that Ayade has helped to build the dreams of 16405 young people across the state with a #30,000 monthly salary. Most of these youths, who dwell in the rural areas have since become self-employed by establishing businesses, which have also helped to further create jobs for several others.
Wondered what inspired Ayade’s establishment of Cross River Integrated Cotton Farm in Yala; Diary and Honey Farm in Obudu Ranch; Cross River Cocoa Expansion Project in Ikom; Cassava Processing Factory in Obubra; Cross River Rice Processing Mill and Factory in Ogoja and Yala; 3000tons Cocoa Processing Factory, Ikom; the Calabar Rice City (seeds & seedlings processing) Complex in Calabar; Ayade Integrated Farms in Obudu; Cassava Fields across the state; 24000 capacity Calachika Chicken Processing Factory in Calabar; Yellow Maize Feeds Production Factory, Calabar, Toothpick Production Factory in Ekori; Groundnut Processing Factory in Bekwarra; Noodles Production Factory in Calabar; Biofertilizer Production Plant, Calabar, the Calaba Pharmaceutical Factory, Calapharm; the Piles & Pylon Factory in Akamkpa; the Cross River Roofing Tiles Factory in Yala, Cross River Integrated Poultry farms, Odukpani; Cross River State Garment Factory, Calabar; the West Africa Fabrication & Construction Academy; Teachers’ Continuous Training Institute; University of Law and Medicine, Obudu; Obudu Passenger & Cargo Airport etc. and the training of over 5,000 youths on modern farming techniques and entrepreneurship? The future.
The future is the reason he embarked on such visionary projects as the Bakassi Deep Sea Port and the 275km Superhighway which serves as the evacuation corridor from the deep seaport, emptying into Benue state in Northern Nigeria. Both projects have the prospects of opening the state to over 1 million jobs and billions of naira in revenue, in months. Ayade’s target is to decouple the state from reliance on the centre. Yet again, the beneficiary is the future.
In a reenactment of Williams Shakespeare’s axiom: “it is not in the stars to hold our destiny but in ourselves”, governor Ayade once said to the youths: “you should be able to visualize where you intend to be in the future and assiduously work towards it, rather than sit back to accept whatever the future throws at you which often times sees you agonizing”.
Like Mahatma Gandhi, Prof. Ben Ayade believes that “the future depends on what we do today”.
Typically, while many politicians and acclaimed leaders in this clime are addictively thinking the next election, Ben Ayade is obsessively thinking the next generation. That is what real leaders do.
As an architect, you design the present with an awareness of the past, for a future which is essentially what you create today.
Soon, tomorrow will reckon with yesterday and the story will be told about a Ben Ayade who once altered the course of history and gave Cross River youths the wings to soar.
The understanding and appreciation of Ayade’s pottery of the future to which himself is the potter,  necessitated the hosting of the famous Cross River State Youth Summit which held in Calabar on the 19th of February 2022. That, was the only way I thought we could mobilize my generation to jointly say thank you to a man who has given us a plethora of reasons to believe that the future is now.
Oden Ewa is Chairman, APC Youth Lobby Group, Cross River State.
Join the Conversation!