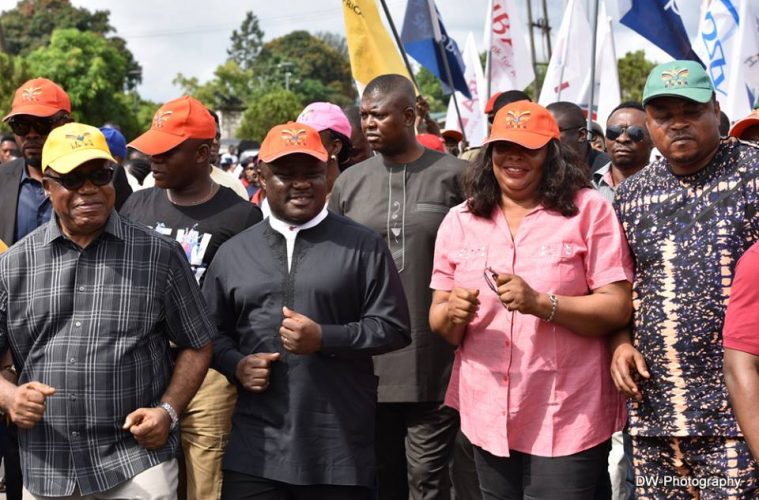 In its continued quest to widen the scope of its tourism offerings and enhance greater global participation, Cross River State governor, Senator Ben Ayade, has announced the inclusion of the African Festival of Arts and Culture in this year’s Calabar Carnival calendar.

Accordingly, all carnival activities during the annual festival will now come under the new brand as African Festival of Arts & Culture to allow for more participation from African countries who have already indicated interest.

Governor Ayade made the disclosure, weekend in Calabar, through his Special Adviser on Events Management and Chairman, Calabar Festival Committee, Mr. Ken Aklah.

According to Ayade, “because we are passionate about the celebration of our African heritage in a way it ought to be, we want to make the entire gamut of our events in Calabar an African show. That is why we are introducing this bigger brand as part of effort to redefine Africa and give it the proper global perception as well as attract more participations.”

He explained that “When we came on board, there were a few activities during the festival period and we decided to broaden the scope by introducing more offerings like the Bikers Show, International Carnival and many other innovations to attract tourists. “Today, after recording such a huge success in the 2016 edition of the event, it was pertinent that we expand it, and I tell you, it will be better and bigger this year.”

The governor further disclosed that “the annual Culture Carnival is transforming to African Cultural Carnival. The Food Festival and other events will now transform automatically from Cross River State Events to African events.” Continuing, he said: “As we speak, modalities to kickstart the new thinking has been concluded and will be implemented this year.

“Also, in line with the 2017 carnival theme, “Migration”, we are thinking that we must project the African culture strongly, especially by reminding the world that Calabar holds a great history as far as slave trade is concerned, as over 30 percent of slaves who left the shores of Africa did so through Calabar.”

On why the state was still importing costumes for carnival, 12 years after the event was introduced, Governor Ayade disclosed that the state Garment & Textile Factory will from now be the sole producer of all costumes for the carnival, stressing that it is now a deliberate policy to grow the economy and create job among the teeming youths.

He, however, lamented: “Our major challenge in developing our tourism is that we are growing tourism as a state without the necessary support from the Federal Government. “But we are quite confident that our ever listening and passionate President, Muhammadu Buhari will think towards this direction to help us grow this huge sector and grow our economy.”

Ayade added that “because of the dearth of major infrastructure, it has become practically impossible for tourists to visit our beautiful and very unique sites like the Obudu cattle Ranch, Nkarisi Monoliths, Agbokim waterfalls and others which all are on the stretch of the federal roads.”