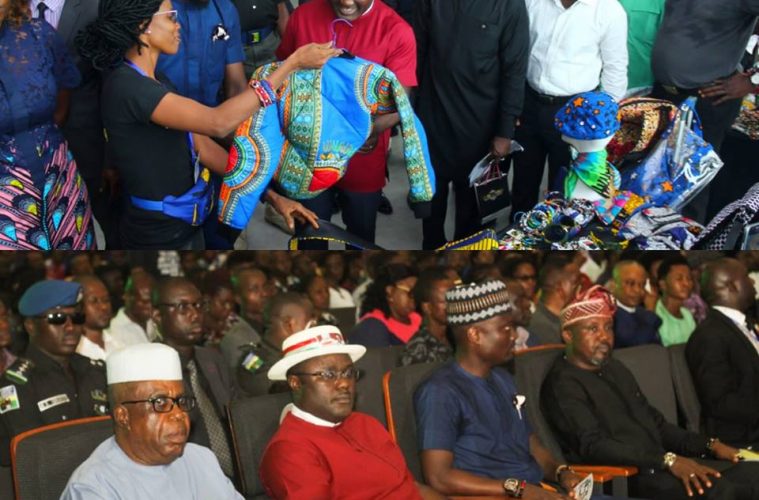 AYADE JOB FESTIVAL: WE ARE CREATING VOLUNTARY MARKETING OPPORTUNITIES PENDING WHEN FUNDS WILL BE RELEASE FOR GRANTS – SSA, JOSEPH EDET

Due to the delayed release of funds to SME’s who qualified for grants at the Ayade Job Festival held in January in Calabar, the office of the SSA on Entrepreneurship and Job Placement headed by Mr. Joseph Edet have come under attacks with controversial statements circulated in the media accusing him of enrolling participants into multi level marketing of Longrich products.

In our chat with the governor’s aide, Mr. Jospeh Edet clearly debunked the information, describing such statements as unfair and misleading to the public as he has been following up with the promises made by the Governor at the event.

According the SSA, he said “it is the desire of government to fulfill its promises made at the Job Festival which you will agree with me was a huge success, however, a certain coordinator of Longrich in Calabar partnered with us with an opportunity to train a few interested applicants on voluntary marketing and business communications then donate products worth between 100,000 – 300,000 naira to them to sell and keep the money to inject into their personal businesses.

“We have begun this process by engaging a Private Training Firm (Lift Hub) to do a onetime special Entrepreneurship and Marketing Training for interested participants both online and offline as we give them access to potential markets”.

On the free business registration, he assured that the first set of CAC registrations are currently being processed and certificates will be handed to business owners soon.

Also speaking on job recruitment, he hinted that openings are being created in different paraststals for massive employment through the state civil service commission.

“These activities have been created pending when we issue the actual GRANTS as His Excellency is committed to it. Those who qualified as the final 100 with good business plans are required to open an account with Cross River Micro Finance bank through which the grants will be issued and monitored to ensure it is used the intended purpose.

“As you will recall, at the Job Festival over 50 SME’s benefited directly from the Governor’s massive patronage and were paid cash to support their businesses”, he said.

He therefore appealed to the general public to avoid negative information being peddle as their partnership is golden to achieve remarkable results.