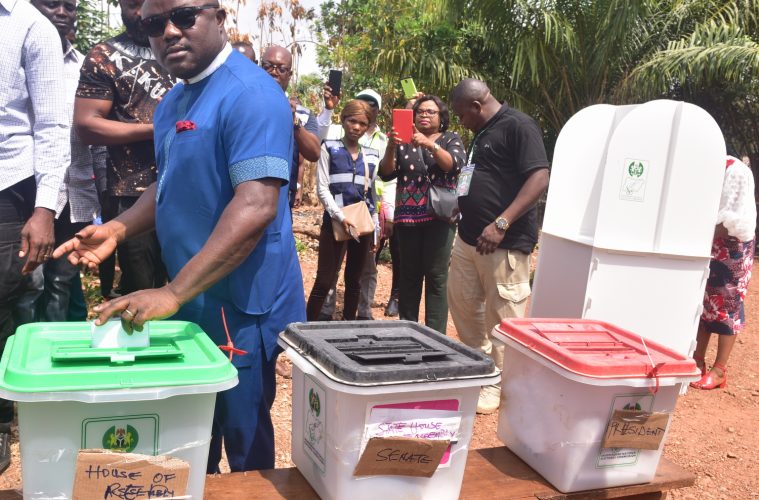 Cross River State governor, Professor Ben Ayade has expressed his deep appreciation to Cross Riverians for turning out en masse to vote in the February 16 presidential and National Assembly elections in the state.

Governor Ayade who also acknowledged the peaceful conduct that characterised the elections said he was particularly overwhelmed by the tremendous show of support across the nooks and crannies of the state for the Peoples Democratic Party (PDP).

In a statement by his Senior Special Assistant and Chief Press Secretary, Mr. Christian Ita, Ayade said: “I want to sincerely thank you from the depth of my heart for not only demonstrating that Cross River is PDP, but also expressing that through your votes for all our candidates across the entire state.

Your commitment to the party is unwavering, just as your validation of that commitment was resolute during the Presidential and National Assembly elections where we won in all the 18 local government areas of the state including Etung where the PDP won nine out of the ten wards, even though the results were later cancelled.”

While urging the people to work hard to strengthen the bond that has kept the PDP family so closely knit in the past 20 years, Ayade echoed: “In PDP, you have shown me what family really means and how much we can achieve together if we stick as a collective. As a leader, I know what the word TEAM connotes, and that is that Together Everyone Achieves More and no doubt, we have never disappointed in this regard.”

The governor who enjoined the citizens to cap their commitment by trooping out in their thousands  for the crowning of PDP victory in the March 9, governorship and House of Assembly elections to pave the way for the ultimate celebration, said: “Just like you insisted on February 16, that Cross River was PDP, there is no better time to reaffirm this conviction through the redoubling of efforts to replicate your loyalty to the party like you did in the Presidential and National Assembly polls come March 9 when you will be re-electing me for another four years as well as the House of Assembly members to pilot the affairs of the state.”