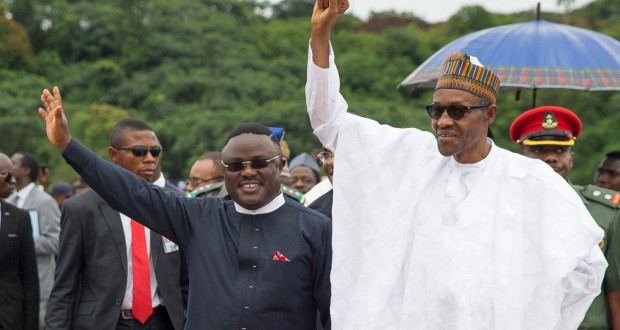 Long before his inauguration as governor on May 29, 2015, Professor Ben Ayade, had already developed an impressive developmental blueprint on how

Cross River State under his stewardship would evolve.

As a state that had for decades worn the badge of civil service like a second skin, Governor Ayade was determined to bring about a quick and urgent change to this civil service nomenclature.

One of the several changes he was desperate and eager to bring about was dynamism to governance, that is run government strictly as a business,  with the introduction of the Japanese model.

And so, when in his inauguration speech, he told his audience that he was inheriting “a rich state,” not many people knew exactly what he meant.

For Ayade, Cross River may have been unjustly stripped of her oil wells, coupled with the sad reality that it has no direct control over its abundant solid mineral deposits. What was, however, aplenty was the intellectual resource asset. This, he was ready to fully tap into.

For a state that had long reached its borrowing threshold before Ayade ever contemplated offering his service as governor, and no thanks to the debilitating and asphyxiating huge debt overhang in billions of Naira and millions of dollars owed to local and foreign creditors respectively, the governor had his job seriously cut out for him.

By applying Ayade’s principles of intellectual money in getting the state out of the woods, therefore meant the utilization of the Other People’s Money (OPM) model to drive development and industrilisation.

Instructively, three years down the line, with nowhere to obtain facilities, coupled with the measly and often times, zero allocations from the federation account, Governor Ben Ayade has ceaselessly continued to astound everyone with prompt and regular payment of salaries at a time when 98 percent of the states of the federation had made nonpayment of workers’ salary the cardinal policy of government.

Conscientiously, he made cynics and critics alike to chew back their words with amazing feats, breathtaking breakthroughs in industrialisation as well as infrastructural offerings.

He has no doubt been blazing the trail with transformational initiatives to recalibrate the economy of the state in particular and the nation in general.

As a visionary, he had earlier enunciated two lofty projects, the 275.5 kilometers superhighway stretching from the creeks of Bakassi to the hills of Obanliku and the Bakassi Deep Seaport, that on completion, will completely change the hitherto under developmental narrative and signpost the state among the league of developed economies of in the world.

Christened the signature projects, they are no doubt revolutionary. While preliminary work is ongoing at the deep seaport, the de-bushing work on the superhighway had since been done, even as the state still awaits the final nod from the federal government  for the proper commencement of construction  work.

Despite these obvious bureaucratic stricture and bottlenecks, Ayade has not allowed his optimism and daring entrepreneurial flame to die off in him.

As the delay in the release of the Environmental Impact Assessment (EIA)  threatens to abort his dream of the signature projects, the more audacious he becomes with ongoing industrialisation dotting the state’s landscape from Bakassi to Obudu.

Except to the incredulous, there is no denying the fact that the administration of Governor Ayade has been punching above its weight.

With regular and prompt payment of salaries without fail, the governor equally has his hands on several Industrialisation projects with humongous cost implications running into billions of naira.

Projects such as the cocoa processing factory in Ikom, with 30,000 metric tons capacity,  the rice seedlings and seeds multiplication  plant  in Calabar and the automated rice mill in Ogoja, the garment factory in Calabar and Calabar Pharmaceutical Company, the banana plantation, all have incredible potential to turn the state into one of economic Eldorado.

Besides his revolutionary strides in the cocoa value chain, Ayade also has his hands in the plough to create value addition in rice production. This is in keeping with President Mohammadu Buhari’s zero oil economic roadmap he espoused very early in the life of his administration, with emphasis on agriculture.

The Governor’s revolutionary investment in the development of rice value chain in the state with the establishment of rice farm, rice seed and seedling plant and rice mill will definitely gladden the heart of the President as the initiative is aimed at ensuring food security and sufficiency in Nigeria.

As the state welcomes the President to town tomorrow, for the historic commissioning of the first rice seedlings factory in Africa, it is doing so with the realisation that this is one governor that has painstakingly not only keyed into the President’s rice revolution policy but also gone a notch higher to translate the President Buhari’s  vision into reality.

It is on this basis that after the pomp and gliterrazi of the commissioning tomorrow, it is expected that the federal government and indeed, the President will, as a matter of deliberate pronouncement, offer, by way of acknowledging the governor’s audacity in the face of paucity, incentives to ensure that the plant does not suffer the casualty of lack of patronage.

Relevant federal government agencies such as the Ministry of Agricultural, the Central Bank of Nigeria, should step up to the plate and lend the necessary support to the centre in order to keep it afloat.

This is the only way to point the way forward for other governors to emulate the Ayade’s ‘I can do it spirit’ and his application of intellectual money to industrialise the state to usher in an enduring prosperity.