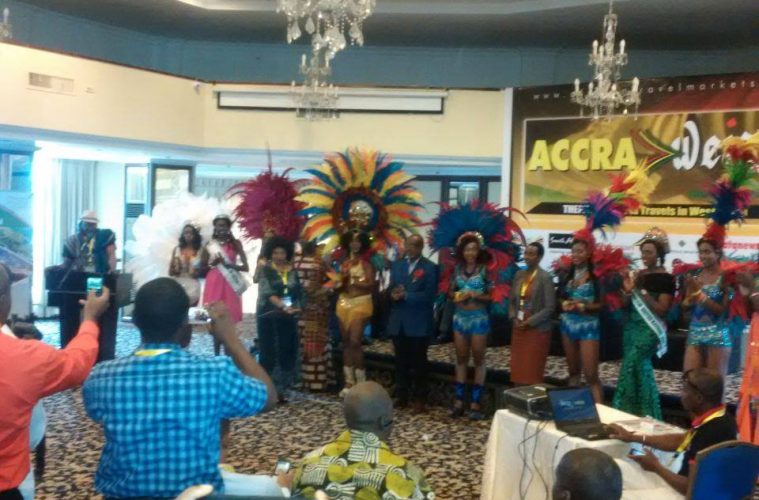 The beautiful Carnival Calabar dancers delighted participants at the 2016 Accra Weizo in Ghana, adding beauty and glamour to the event.

The carnival queens who performed at the main event and the dinner night hosted by La Palm Royal Beach Hotel, Accra enlivened the atmosphere with beautiful dance steps that left the audience asking for more.

The dance and the beautiful costumes not only added panache and glamour to the event, but was also an indirect invitation to the participants from Ghana and other countries in attendance at the event.

The participants who thought they have seen it all at the event were again wowed at the dinner party with the scintillating performance from the Carnival Calabar queens. 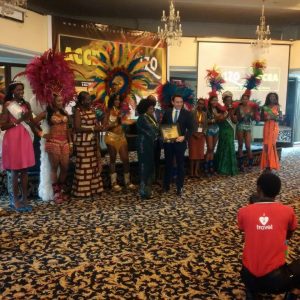 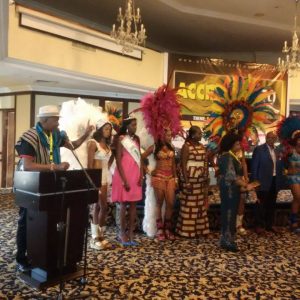 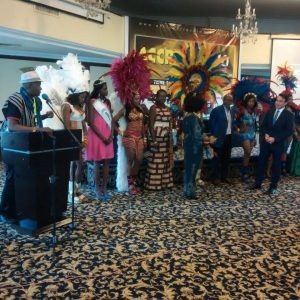 The night performance made the event a unique experience and a night to remember by all who attended the dinner at the beach front.

The Carnival dancers competed with each other in a group of two to show who becomes the ultimate dancer, and the whole performance ended up given the audience something more to cheer about.

The beautiful dance steps and costumes have become the hallmarks of the carnival where over 50, 000 dancers dance through the carnival route in Calabar to the stadium.

With the performance, the awareness for the 2016 Carnival Calabar is gradually building up for the biggest street party in Africa.

Speaking at the event, Mr Austin Cobham, Executive Secretary Cross River State Carnival Commission who represented the Governor of the state, Prof. Ben Ayade expressed satisfaction with the participation of the carnival dancers at the event. He stressed the commitment of Governor Ayade to the promotion of the Carnival to a world class event in Africa and beyond by attracting participation from across the globe.

Mr. Cobham used the opportunity to invite the participants at the event in Accra to the 2016 Calabar Carnival coming up in December. The 2016 Accra Weizo is aimed at exploring ways of improving Travel and Tourism growth in West Africa through easy access to towns and cities in West Africa. Also improving, simplifying Airport and Border processes; Standardising Hotel and facilities for tourism through shared vision.