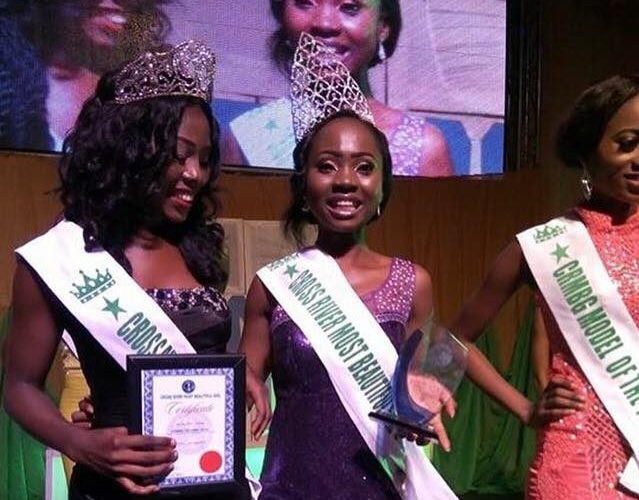 Calabar Blog has gathered that the organizers of Cross River Most Beautiful Girl (CRMBG) pageant, Belle’Sabel Grooming Agency (BGA), has suspended two of its beauty queens, Miss Victoria Ana, the winner of this year’s edition and Miss Favour Ezeh, the winner, CRMBG Culture And Heritage 2016 over what the organizers tagged, ‘misconducts that were capable of bringing insult and ridicule to the management of the organization.’

According to the statement made available to press by the organizers, it read,

“Having appraised your lackadaisical attitude to honouring of invitation as it concerns your office and its negative effect on the organization which represents the image of young generation and future of tomorrow’s leaders, the organization shall never hesitate to correct any excesses witnessed in line with the intent and purposes of the tenets establishing the office which you occupy as the CROSS RIVER MOST BEAUTIFUL GIRL 2016 (Victoria Ana)

It’s on that premise we have discovered the following:

Due to the above findings, the organization after consideration of the effect from the public and its negative implication if you continue to occupy such exulted office as CROSS RIVER MOST BEAUTIFUL GIRL 2016 will put the pageant in a bad light, you are hereby placed on suspension from 12th September 2016 until you were able to defend and exonerate yourself from any wrong doing.”

Miss Favour Ezeh, on her part is also suspended on grounds of keeping late nights without due regards to her position as title holder to CRMBG, even as she is also said to consistently make public utterances that paint the entire pageant in bad light.

“The organization shall never hesitate to correct any excesses witnessed in line with the intent and purposes of the tenets establishing the office which you occupy,” the statement reads in part.

The letter offered the affected queens a span of 7 days to reply their letters of suspension, either by hand or through email or any other social media used for communication between them and the organization.

More so, the statement warned the suspended queens to desist from parading themselves as queens of the pageant during their period of suspension as doing so meant impersonation and was capable of attracting arrest and other penalties on them as required by the law.

In furtherance to that, the queens have been directed to hand over their crowns and sash to the organization with immediate effect pending inquiry into allegations against them.