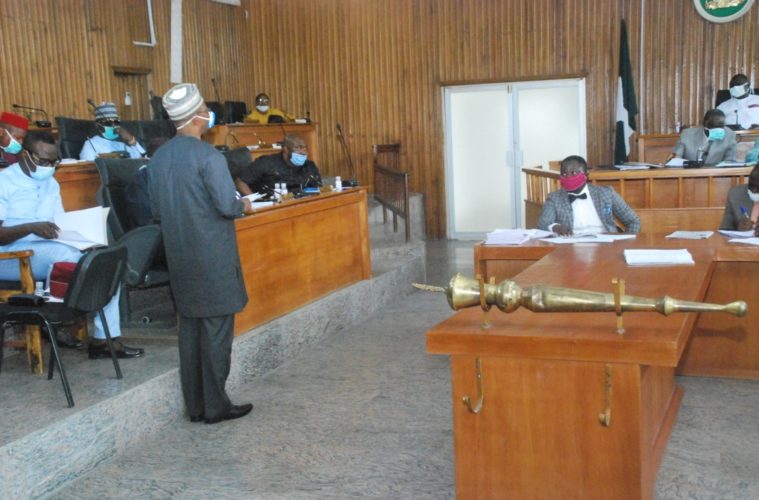 In response to the State Governor’s request for consequential confirmation of appointees, the State Assembly has confirmed the nomination of Comrade John Mpama Odey as State Auditor General.

In the report, Esua said his committee found the nominee qualified for the job. He further described Odey’s appointment as apt and recommended the confirmation accordingly.

Members, in an interactive session with the nominee, observed that Odey was very sincere, experienced and qualified to serve the State as Auditor General.

On his part, the Speaker, Rt. Hon. Eteng Williams charged the nominee to be committed to his job to justify the confidence reposted in him by Governor Ben Ayade who nominated him. He also advised him to synergise with the State Assembly by working closely with the House Committee on Public Accounts.

Comrade Odey in an interview with journalists, after his confirmation, described his appointment as a privilege. He promised to re-energise the office of the Auditor General, synergise with the Assembly as well as the office of the Accountant General to produce regular quarterly reports and submission of statements to relevant agencies.

In a related development, the State Lawmakers have granted the consequential confirmation of nominees for appointment as Chairmen and members of the local Government Service, Forestry and Sports Commissions.

The House had earlier deliberated on the request for the confirmation of the Chairmen and Members of the three Commissions conveyed to it in a letter from the Secretary to the State Government, Barr. Tina Agbor before committing it to the Committee on Judiciary, Public Service Matters, Public Petitions and Conflict Resolution for further legislative action.

Members after deliberating on the report of the Committee as presented by its Chairman Rt. Hon. Esua noted that the nominees were qualified for the appointment and unanimously voted for their subsequent confirmation.