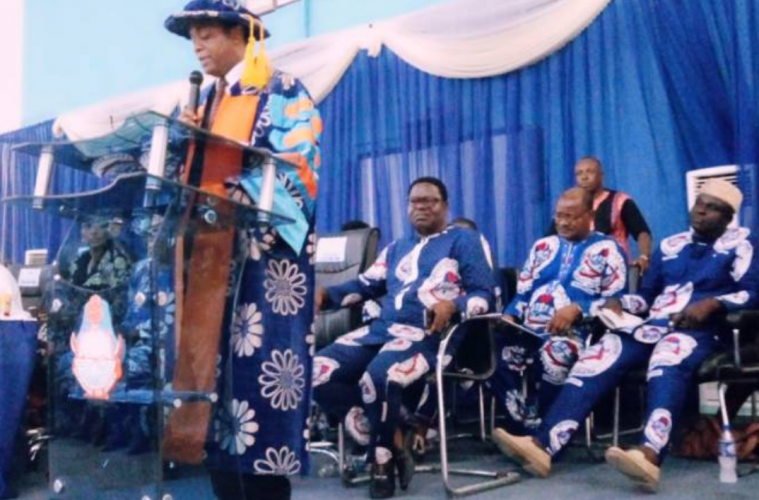 CALABAR AIRPORT WAS THE FOURTH BUSIEST AIRPORT IN NIGERIA – DONALD DUKE, SAYS HE SQUATTED WITH RANCH MANAGEMENT FOR NOT BOOKING IN ADVANCE

A former governor of Cross River State, Mr. Donald Duke has said that the people are the most integral part of any successful tourism sector in the world.

Mr. Duke stated this Friday in Calabar while delivering the 31st convocation lecture of the University of Calabar (UNICAL) titled; “Tourism In National Development.”

Mr. Duke said tourism is just one of many tools for national development which needs several factors to live up to that expectation.

He argued that while the ambience and physical infrastructure is important, the people and communication remains vital.

Duke who defined tourism as, “any endeavour that causes visitation and expenditure in it’s cause,” maintained that; “It helps to improve social and physical infrastructure, but above all, tourism does start and with the people themselves.

“To have a successful tourism environment, not just the ambience, the people themselves matter.”

He continued; “Sanitation and communication skills are important as no one would visit a location where there is a language barrier. That encourages in itself, education.”

He said the public health health system must be effective and efficient as, “no one will visit an epidermic or poor area no matter the attraction.”

To buttress his point, Mr. Duke queried; “How do you feel at home when you don’t understand the language of communication, when you are not certain about your health and hygiene?”

Also, he identified “ingress and egress in and out of the state,” as “important” and cited an example of the Obudu mountain resort where he said despite having an apartment, he has not visited for years.

The resort popularly referred to as ‘Ranch’ alongside the Tinapa Premier Business and Leisure resort are viewed as the flagship tourist destinations in Cross River State. Tinapa was conceived and major construction work as well as commissioning carried out by Mr. Duke while his administration gave the ranch a facelift.

And, he averred that: “Taking Obudu Cattle Ranch for instance from all its beauty and uniqueness, the first question has always been how accessible is it?

“As much as I love the Ranch and I will tell you it is my favorite destination on earth, and despite having a home there I haven’t visited the ranch in some years.”

He blamed this on the poor infrastructure and maintained that when the Bebi airstrip was functional, it was always fully booked; a situation which forced him to squat with the management in one of his visits.

“You would recall that when the flight was available, and you travel to the ranch in about an hour, you have to book 3 months ahead.

“I recall sometime when I was a governor getting to the ranch; and getting to squat at the ranch management residence as there was no available accommodation.

“You had to book 3 months ahead; that is the brilliance of tourism, it causes you to do the right thing.

“We invested basically in our social and physical infrastructure and perhaps outside Abuja, we had the best roads in Calabar. We created an ambience of cleanliness.

“We developed our economy, the ranch and forest and even built a business site, Tinapa.

“We brought these to world class standard.

“We had so much accessibility such that Calabar airport became the fourth busiest airport in Nigeria after Lagos, Abuja and Portharcourt, we had flights fly in and out daily. That sounds like another time,” Duke said.

But, all these, according to Duke were merely basic as, “most importantly, these created pride and instilled hope in Cross Riverians.”

He added that: “These two essentials, pride and how it produces passion and the desire to go the extra mile among the citizens,” made the residents proud to call themselves, Cross Riverians.

Then, he chided his successors, saying that: “It all seem different today.”

He posited that: “Any non criminal activity that creates jobs ought to be encouraged and sustained,” and asked rhetorically, “Does being politically smart demands you to extinguish lights lit by others to make yours to shine brighter?

“We have perhaps grown in numbers and not in quality.”

On national growth, Mr. Duke said that the nation was not been making positive strides as it needs steady growth of 15 percent for a decade.

“For this nation to reverse retrogression, It must definitely achieve the growth of 15 percent consecutively for at least 10 years that will create an economy of approximately 2.5 billion dollars to carter for the population estimated to be 230 million in 12 years.

“By the way our population according to the united nations will be 206 million in 2 years,” Duke said.

Earlier, Duke who disclosed that he was a “proud alumnus” of the varsity congratulated those to be awarded degrees and told them: “This is a memorial day in your life’s struggle.”

He advised them to, “be clear in your head and in your mind what you wish to be regardless of what you may have studied the university educations afford you the best confidence to strife.”

“Secondly, develop a strategy towards achieving those goals that you have set forth for yourself. And thirdly, attach a time frame to accomplishing Never be rigid in either of this set goals. And as the lens is to the glass, keep your dreams and aspirations focused.

“Believe in yourself and God’s grace over your life. What we term as misfortune and setbacks always strengthens you. Fear is your greatest enemy, for he who dares wins,” Duke said and commended the Vice Chancellor, Professor Zana Akpagu “for daring.”

Akpagu later invited the minority leader of the Nigerian Senate, Senator Godswill Akpabio to present a plaque to Mr. Duke.