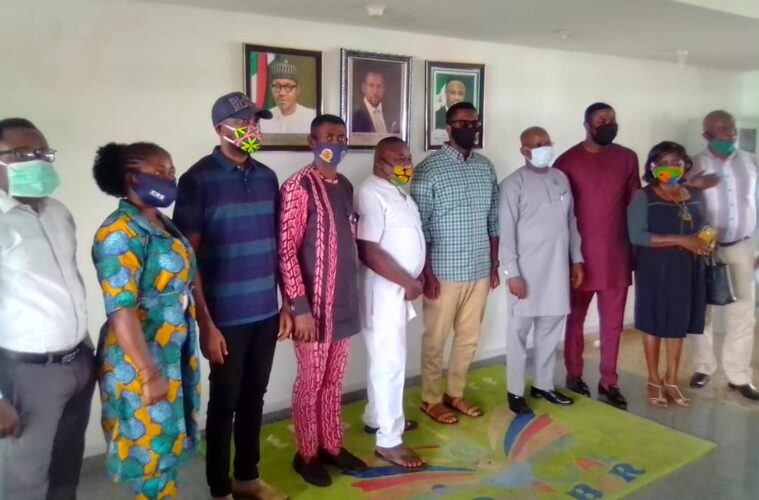 As a way of pulling traffic all year round into the ancient city of Calabar, most events held during the annual Calabar Christmas Carnival will now be staggered to hold in different months of the year.

Commissioner for culture and tourism in the state, Eric Anderson disclosed this when he played host yesterday to a large delegation from the Federation of Tourism Associations of Nigeria (FTAN) in his office in Calabar. The delegation was led by the national vice chairman for South-South, Mr Peter Ofuka.

The commissioner said the COVID-19 Pandemic seriously affected staging of events in the state, adding that it was very likely that this year’s carnival will still hold although many events might not feature.

He explained that interspersing the carnival events will bring visitors and tourists into the state at different times thereby sustaining economic incomes to individuals, hoteliers, groups and the state government.

“The state government is seriously looking at not holding all carnival events simultaneously although the normal Calabar Carnival will still hold.

“We are looking at attracting visitors into the state all year round to see our array of tourists sites and other potentials. This means that most events will now hold in different months of the year. This we believe will continually boost private sector revenue as well as government IGR”, he said.

Anderson urged those in the hospitality arm of FTAN to maintain high standard services to impress and attract guests and tourists.

He used the opportunity of the courtesy call by FTAN who had also called on the managing director of the state Tourism Bureau, Mr Utsu John Atsu, to coroborate Atsu’s position on the Tourism Development Levy (TDL).

“All we ask is for hoteliers and other hospitality providers to build in the minor charge (TDL) into their normal room charges”, he said.

At the two courtesy calls, the national vice chairman, Mr Ofuka said FTAN is interested in cordially working with the state to boost tourism activities in the South-South region.

Ofuka said they would hold a workshop in Calabar on 9 September 2020 to sensitise hospitality operators in the state on how best to attend to guests and tourists in these times of COVID-19.