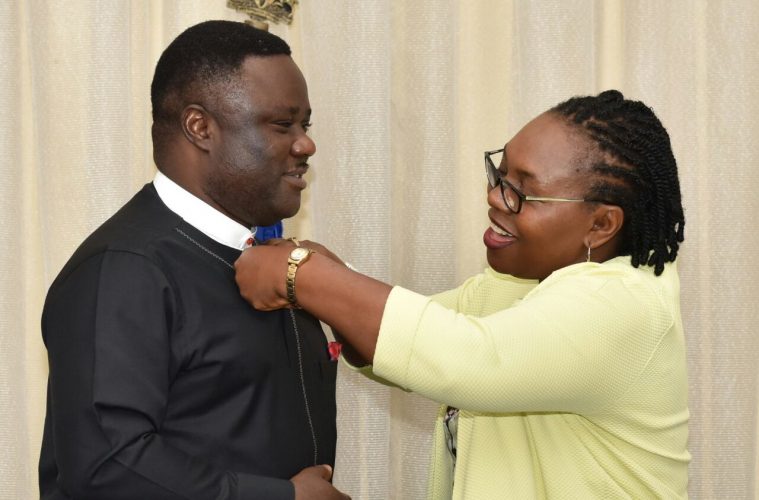 The initiative, the governor said is to support and encourage local investors to grow and advance their businesses.

Ayade disclosed this in Calabar, when the executives of the Calabar Chamber of Commerce and Industry, led by its President Effa Imoke paid him a courtesy visit at the executive council chamber of the governor’s office.

The governor who said the state government was committed to supporting businesses in the state to grow, also charged the chamber to partner with the state to develop the sector.

“I believe that you can expand the horizon of your business and take advantage of our good contact with the bank of industry which is located here in Calabar looking for project to finance.”

According to the Ayade, “If you come to us as a chamber and say this is our these are areas of core competence, we will work with you. There is need for us to collaborate so that a synergy can yield results for us all.”

The governor who further assured the chamber of government’s support, said: “If you have a business or an investment outlets that require an offtaker arrangement, Cross River will provide that offtaker guarantee which is an essential element for the Bank of Industry to finance you, particularly when you are doing things that are dependent on raw materials import in Cross River State.”

The chamber, while congratulating the governor on his Vanguard Man of the Year award and his giant strides in Infrastructural developments, solicited partnership with the state in the management of the Calabar International Convention Centre and the Songhai Farm located in Abi Local Government Area of the state.

The chamber also appealed for support in the hosting of its 75th anniversary and annual general meeting. Additionally, the chamber President appealed for a three hectare piece of land for the Chamber’s Secretariat.

The team, during the visit, also conferred on the governor, an honorary member of the chamber with a Brand tag.