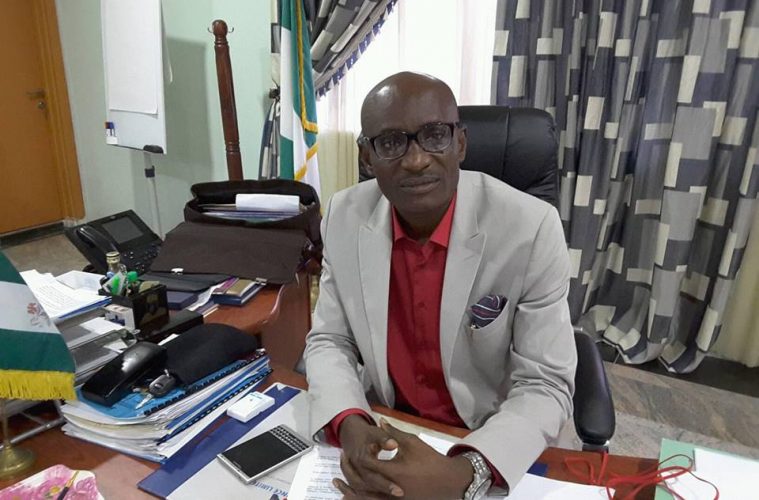 The Speaker of the Cross River State House of Assembly, Hon. John Gaul Lebo has added a new twist to the dirt challenge in Calabar by declaring that the reason the State capital is filled with filth is because the State Governor, Senator Ben Ayade has been paying salaries regularly and people are eating more than they used to eat.

The Speaker made this disclosure while speaking at the May 29, thanksgiving service at St. Bernard Catholic Church in Calabar to mark the Democracy Day Anniversary and governor Ayade’s one year in office. Campaign against the filthy state of Calabar

During his remark at the service, Hon. John Gaul threw the congregation into shock and laughter when he announced over the microphone that “Calabar is now dirty because the governor is paying salaries regularly and promptly so people are eating more than they used to eat and generating more waste.”

Some persons who reacted to the Speaker’s assertion after the service said his was insensitive to the feelings of the residents of Calabar.

Our reporter saw people gathering in small groups and speaking in hush tones, expressing shock about the Speaker’s comment