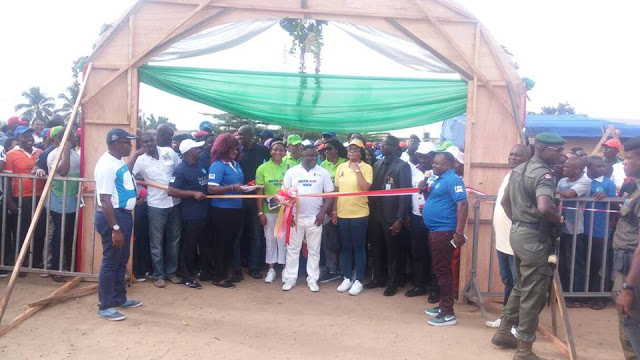 Ayade said that the village was chosen because it was central and accessible to residents and tourists.

The governor said the village would serve as the venue for funfair and market for Christmas shopping.

He said that adequate security measures had been taken to safeguard tourists and fun seekers at the village. The governor said that this year’s carnival would be used to highlight the issues of climate change.

“It is to the glory of God that we have witnessed the first and second dry run of the 2016 Calabar Carnival.

“I wish to declare the 2016 Calabar carnival village open to all. The 2016 carnival will be better and bigger.

“We have put in place more innovations that would meet the taste of our esteemed tourists.

“I wish to assure all those coming in for the carnival of adequate security.