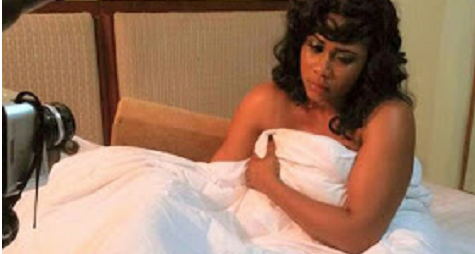 Cross River born actress, Queeneth Agbor has become one of the most talked about actresses in the movie industry; not necessarily for her roles in movies as she’s been getting quite a number of them. The lovely actress always has interesting things to say in her interviews.

She revealed recently in an interview, the reasons behind the popular myth that ‘Calabar girls are husband snatchers’.

“I don’t think they are husband snatchers but we know how to keep a man to ourselves. Some men don’t like food so you might not be able to keep him through that; but men like it when a lady is clean and of course sex too; so a Calabar girl is a combination of all.

They can cook, clean and also good in that thing.” And speaking of sex, Queeneth who is a Christian said she believes in sex before marriage because people need to have a sexual experience with who they will spend the rest of their lives with.

According to her, “You have to know your package. I am not saying just go into it anyhow but just test it. You need to know what you are going into so you don’t start cheating after marriage. Most marriages that break up are solely because of this issue. So I think it is important for you to know what you are getting into.”

Watch the full interview below;