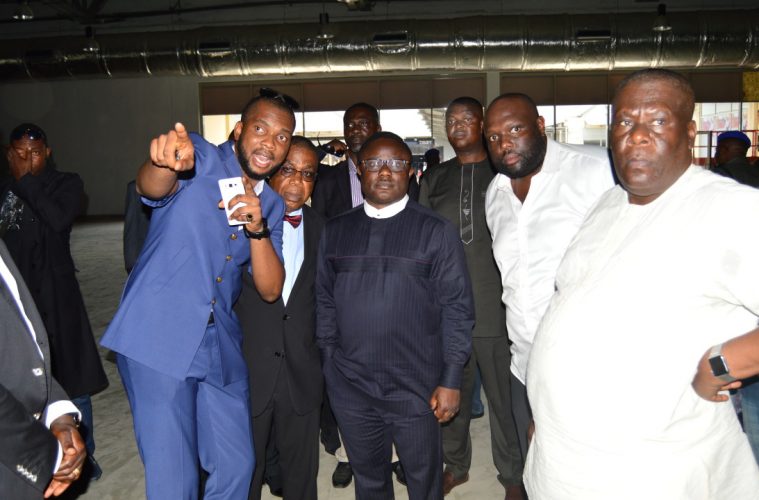 The Calabar International Trade Fair Company is happy to announce that it has successfully completed the much talked about record breaking photoshoot organized last Saturday in Tinapa, Calabar.

This feat is one of the many records the team is set to break and has sent in the application and evidence to the Guinness World Records for verification and possible award.

The photoshoot featured over 200 persons in attendance and the team stayed through to its promise to sign up 50 models for subsequent shoot. The Governor of Cross River State, His Excellency, Professor Ben Ayade who arrived the venue in company of the Deputy Governor, Prof. Evara Esu, the Commissioner of Finance, Mr. Asuquo Ekpenyong, and a host of other stakeholders, was elated at the 20 by 200 ft banner mounted inside the 1 hectare Tinapa Emporium, which is also set to break another Guinness World record as the largest indoor banner.

The CEO of the Calabar International Trade Fair, Gerald Konwea, in his closing remarks, thanked all those who participated in the record breaking event and spilled that there were 3 more records to be broken this year and called on would be sponsors and partners to jump on the opportunity early.