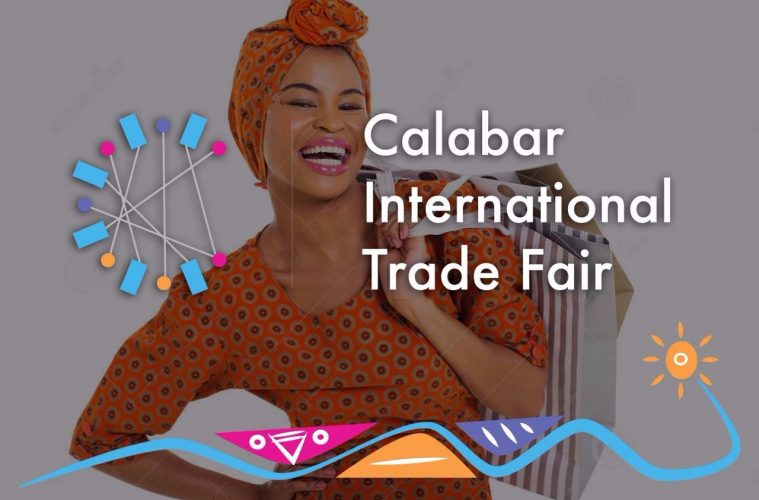 In a recent interview with Daily Trust, the founder of CLIQIT and organisers of the highly anticipated Calabar International Trade Fair, Gerald Konwea discussed the path around the Calabar International Trade Fair and what it meant for the Nigerian economy. Gerald who has a Master’s of Science in Administration and Finance from the Lincoln University of the Commonwealth of Pennsylvania and was inducted into the prestigious Sigma Beta Delta for academic excellence while in the United States through his company is partnering with the Cross River State Government to organise the 10,000-vendor Calabar International Trade Fair, which will arguably be the biggest trade fair in the world. In this interview he talks about the benefits the fair will bring to Nigeria and more. You are working on organizing a rather ambitious trade fair in Calabar. Can you tell us about it?

The Calabar International Trade Fair is a 10,000 vendor trade fair and we are looking to curate 8,000 vendors outside Nigeria, only 2,000 of the 10,000 will be drawn from Nigeria while 3,000 will be drawn from the rest of Africa and the other 5,000 will be drawn from outside Africa. A lot of times when we talk about developing local content, Nigerians look at it as building a new start up from scratch but that is not what developing content is. Mark Zuckerburg for instance, did not reinvent the internet, he took the internet that already exist and gave us 50 extra years of connectivity. So what we are trying to do with the Calabar trade fair is taking what we already have, our capabilities in Nigeria, adjusting it to suit our market and see if there is a possibility to export outside.

You have 80% of vendors drawn from outside Nigeria, for an economy that is mostly reliable on import, is this a favourable arrangement?

It will be favourable. We are not going to one country to say let us get 8,000 persons. These 8,000 persons are drawn from the remaining countries around the world of which 3, 000 will be drawn from Africa. The primary focus of the trade fair is to develop local content. At least we can some of them to work with our Nigerian colleagues. Now when this happens, you will see that there will be exchange of business strategies, bridge technological gaps and until the Nigerian business climate begins to become structured, until there is a structure in the private sector of Nigeria, then we will have nothing to export.In as much as there is emphasis more on exportation for economies, there needs to be balance of trade.

How are you selecting vendors you want to participate in the exhibition?

We have only reached out to embassies and high commissions, we have an approval in principle with the immigration, we have sent out notifications to embassies and high commissions around Nigeria and this is the first time we are organising an event of this scale. This is going to be the biggest single trade fair in the world because the Canton Fair in China is a 25,000 vendor trade fair but it is split into three stages. So if we want to take an average, it means an estimate of 8,000 vendors per fair. At 10,000 vendors, this will be the biggest trade fair in the world. Because it is the first time, we are going to do a lot of learning while we go on. That is why we started early.

How many businesses have committed to coming?

We have commitments. When we sent out letters to embassies, five of them have reached out to us. For Nigeria, we have the participation of SMEDAN; SMEDAN, if I am not mistaken, has over 50,000 SMEs. We are going to partner with the Lagos Business School. We have participation from NIPP and they are one of our most strategic partners and we are reaching out to state governments because we have a state involvement strategy and this is to tell states that we have strategies that will look deliberately into a 10 year history of the economic activities of your state to understand why you have not been self-sufficient, why you are not generating enough revenue to run your state and running back to the centre. For the Calabar Trade Fair, we will present a report based on your weaknesses, strength and opportunities It means that of the 2,000 slots in Nigeria, if all states participate at the minimum participation level, it means 1,000 slots are already taken and then you can be sure that getting 1,000 is not difficult for SMEDAN. Then for the rest of Africa, we have a partnership with Duty for Africa which is a group of European venture capitalists who are looking to invest in Africa so they are going to rally round the entrepreneurs they have and we are getting really strong indications of their commitment, we also have initiated communication with NEPAD (the New Partnership for African Development).

How supportive has the government been?

Nigeria of 10 years ago is still the Nigeria of today and the Calabar Trade Fair is a thing of young radical thinkers. I am saying this because we don’t have millions in our bank accounts but we are already pulling up what will be one of the biggest economic events in the world and we can only do this through strategic planning and then going out to seek partnership and one of the first partnership we sought was that with the Cross River State Government, that was like a bridge, it was good and we actually appreciate this administration. But moving up one step further to the federal government has not really been smooth. You will drop a letter requesting for a meeting that I have this project that I am running and then you are not getting any response for over two, three months and it is very troubling and today for instance, I was at some ministries and I discovered that when I went round, they sent me from one block to the other trying to trace where the letter is because I didn’t get a response for over two months. This is one of the reasons we are not advancing economically. We have recurrent expenditure of 70% of our budget and this is because of the heavy workforce we have in this country. Why do we have a minister, director, minister of state, perm secretary, acting perm secretary, deputy director and the pyramid begins to stretch out? If someone is competent to be a director, then let him be a director. Most of our officials do not even know what they are doing.

When you are hosting 10,000 local and international vendors, there is no way there won’t be economic repercussion. At 10,000 vendors, we could be having a forex of 10.2 million, from our projection, that is like a direct consequence of organising the event. This trade fair will create 15,000 jobs annually. That is the direct consequence of executing the event. That is both part time and full time jobs. With the state involvement strategy at that scale, we could be having a 520 million dollar export from this country just from that strategy alone.

When I was at SMEDAN, I told them I need the agency to endow a vendor’ prize and they said that can work that they would look at their budget. But now what I am trying to tell you is that I do not even want you to give a prize of 200,000 or 500,000, we are not going to go anywhere as a country. There was a time I heard on the news about a science event and the cash prize was 75,000 dollars. That is the kind of prize that could encourage youths and children to go into entrepreneurship.

What are the challenges on ground?

We are in recession so accessing funds will be a big challenge and that is why what we have done so far is to get our strategic partners to rally round to tell sponsors that we think this is something that we could put our money behind because sponsors are also looking to promote their brand. I have noticed that for a country that wants to move from zero to something, we need to change our idea of support and investment.

So what makes you confident of pulling this off?

I am very tenacious. At some point I had a political ambition, but I dropped it. I wanted to focus on my work but why I mentioned that is because now I am thinking of politics. Not as a politician but as an employed staff and the reason is because Nigeria has to get to that fantasy level that we have been dreaming of. Tomorrow must come. So this is the reason why when I gave up, my wife only said you have invested so much in this country, you can’t give up now. The undertone there was you know you have a drive to help this country I am not saying that I will do it alone, I can’t do it alone, I am not the messiah. If we can empower 2,000 Nigerian SMEs every year, and begin to do 520million dollar in export every year at least, in ten years from now, we should have empowered 20,000 SMEs and the projection for our export should have gone up.

If I can do something like that, I have affected Nigeria. I must not be the president. Dangote is effecting change, he is helping a lot of people by producing cheaper things that we would ordinarily export and add to our economy.