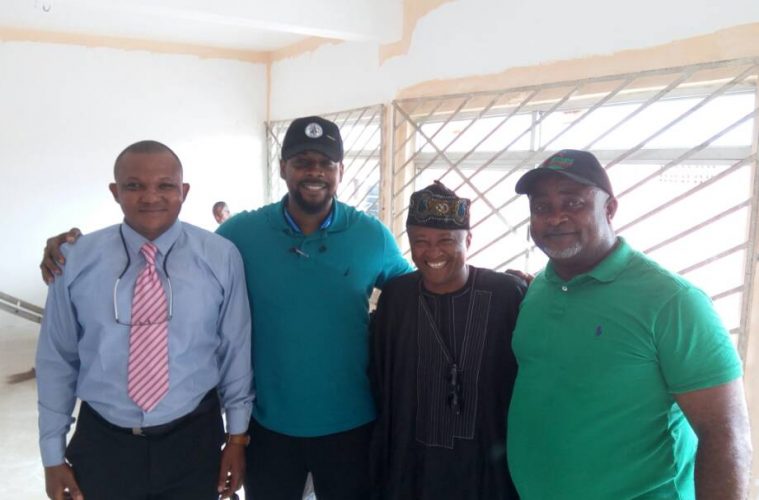 The Chairman of Cross River State Chapter of the People’s Democratic Party, PDP, Ntufam Edim Inok, has called on members of the party in Calabar Municipality to shun the politics of back stabbing and spreading of rumours.

The party Chairman made the call on Friday, 9th March 2018 when he received the Commissioner for Culture and Tourism,Mr Eric Anderson at his office in the party Secretariat.

In his remark, Mr Anderson summarised the purpose of the visit to be some sort of homecoming, he said having the State Chairman of Africa’s biggest political party hail from Calabar Municipality remains a thing of joy and pride to him and to the constituency. In his response, Honourable Inok thanked the Commissioner for the visit, he stated that the people of Calabar Municipality consider as a blessing, the appointment of their son, Eric, as a Commissioner in Governor Ben Ayade’s cabinet. He referred to it as a plus, another display of the Governor’s love for the people of the constituency. In his parting statement, the party chieftain warned members of the party to avoid grudges arising from personal ambitions, instead, they should remain united in one front, to fight opposition and deliver all aspirants of PDP come 2019. He reassured Governor Ben Ayade of the unalloyed support of Calabar Municipality to his administration and re-election to office in 2019, being an area that has remained a strong hold of the party over the years.

Present during the visit were the State Assistant Legal Adviser,