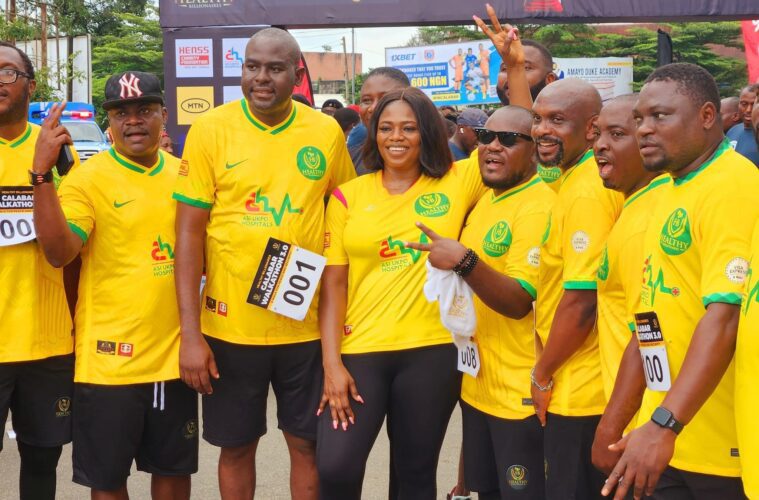 21 views
News0 Comments21 views 04 min read
Over five thousand fitness enthusiasts under the aegis of Healthy Billionaires Fitness club, yesterday, stormed  the streets  of Calabar, the  Cross River State capital, in a bid to support peace advocacy, effort of security agencies and also spreading the message of peaceful Nigeria, especially ahead of the 2023 general elections.
The annual event which had its 3rd edition, consecutively, in Calabar, also had over twenty five other  fitness and biker clubs as well as revellers, attended the twelve Kilometre walk. 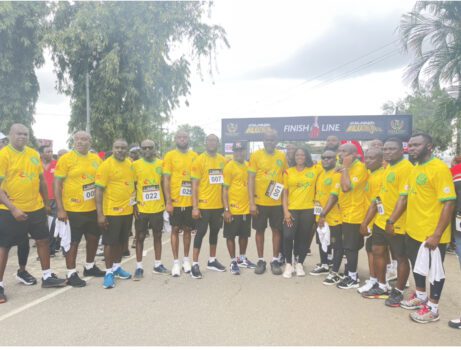 Speaking during the flag-off of the event, the Flag Officer Commanding, Eastern Naval Command, Rear Admiral Ibrahim Dewu, represented by his Chief Staff Officer, Commodore Oyetunji Fadeyi, described the collaboration with the civil population as a welcome development to reduce insecurity in the country.
The FOC who was joined by the Commander of Nigerian Navy Ship VIctory  (NNS), Commodore Ifeanyi Okpala, and the representative of the Commissioner of Police and Federal Road Safety Corps, said the fitness walk will improve  healthy living of participants.
On his part, the Chairman, Healthy Billionaires Fitness club, Mr. William Archibong, said the organization believes firmly in the axiom of “health is wealth” and remains committed to investing in healthy lifestyles.
Archibong explained that the third edition of Calabar Walkathon, tagged ‘A Walk for Peace and Security,’ is a veritable platform for “educating, creating awareness and encouraging the community to take action on peace and security, as we prepare for elections in 2023.”
According to the Chairman, Healthy Billionaires club has ‘Calabar Walkathon’ and ‘Obudu Mountain Challenge’ as its two major fitness components, where the former, in collaborations with fitness clubs and security formations has recorded over five thousand participants. 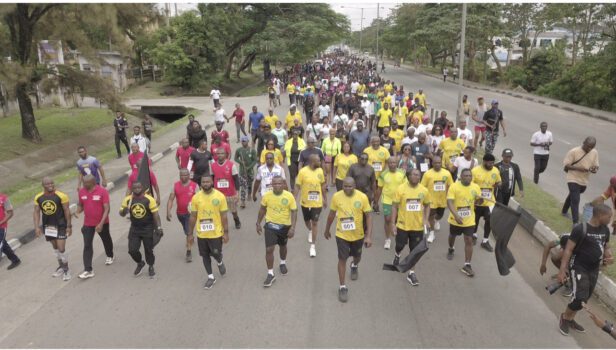 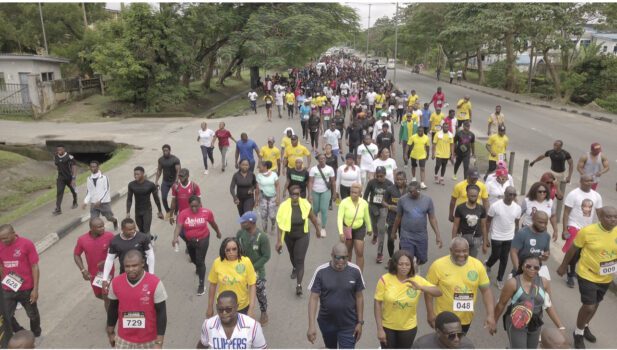 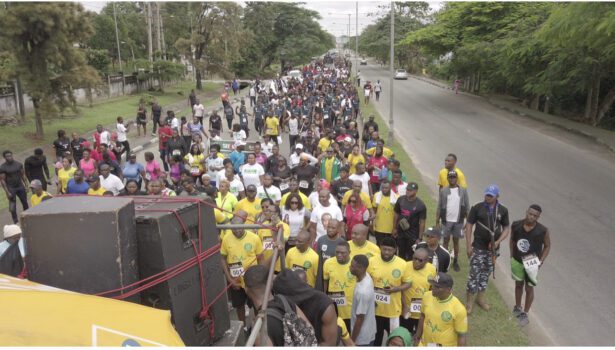 Also speaking, the event’s headline supporter and Chief Executive of Elan Star Marine Nigeria Limited, Engineer Nsa Ekpenyong Asuquo, who described the event as “one of it’s kind,” said he was delighted to be part of the walk as it attends the health and well-being of the individual, and going a step further to addressing critical political issues such as rigging, thuggery, vote buying and other forms of electoral fraud.
He encouraged Nigerians to identify with fitness organizations in order to ensure fitness and wellness of selves, pointing out that “one cannot be said to be wealthy, when they are not healthy.”
In her remarks, the Director-General of the State Primary Healthcare Development Agency, Dr. Janet Ekpenyong, noted that the walk was very important as it creates awareness for healthy living and citizens political education building up to the forthcoming elections.
She called on the youths to avoid being used as tools for electoral violence and fraud, adding that 2023 should rather be a period of better times for the people and the country.
Another partner, the Regional Manager of Zenith Bank PLC, Mrs. Ekanem Asuquo emphasized the need for healthy living, dedicating the fitness walk to all health challenges, as well as the peace and safety of all.
In his words, the president of Eastside Sports Club, Mr. Micheal Odere and the chief Imam of Calabar Central Mosque, Ustaz Kabeer Olowolaiyemo , who is also the Convener of Calabar Peace-walk, averred that beyond the overriding essence of fitness and wellness, events such as the Calabar Walkathon provides ample opportunities for social networking, as people from all walks of life assemble with the sole purpose of staying healthy in a peacefuland conducive atmosphere.
Nollywood star, also present at the event, Ibinabo Fabresima, described the walk as fun-filled, while encouraging famous people, heads of conglomerates to spare time out of their busy schedules and take part in activities that promote their health.
The star-studded and high-profile event saw participants including Commissioners for Culture and Tourism, Eric Anderson, Commerce, Barr Rossemary Achibong, International Development Cooperation, Dr Inyang, Managing Director Asi Ukpo Hospital and Cancer Centre, Yegwa Ukpo as well as a media contingent,
led by the chairman, Nigeria Union of Journalists, Cross River State Council, Comrade Nsa Gill, undertook the  12 kilometer walk from the cenotaph, through Mary Slessor Avenue, Marian Road, MCC, Murtala Muhammed Highway, terminating back at the cenotaph (11/11 Roundabout).
Join the Conversation!