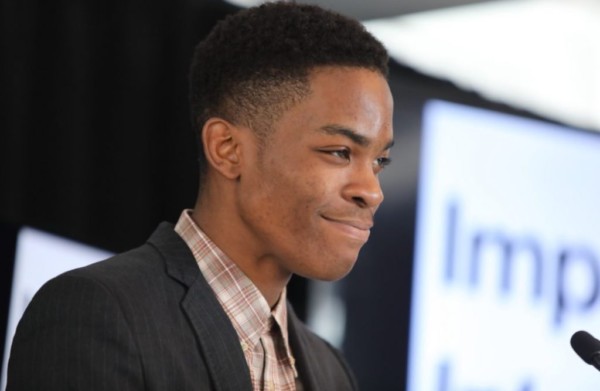 CALABAR TO THE WORLD: 19 YEAR OLD KENNEDY EKEZIE AND TWO OTHER NIGERIANS SELECTED FOR THE 2018 QUEEN’S YOUNG LEADERS PROGRAMME

Kennedy Ekezie, Hauwa Ojeifo and Isaac Ezirim from Nigeria have been chosen as three of the final ever Queen’s Young Leaders Award winners in recognition of the lead they are taking in their communities to change lives.

The prestigious Awards programme, now in its fourth and final year, celebrates exceptional young people aged 18 to 29 from across the Commonwealth and the work they are undertaking to improve lives across a diverse range of issues.

Kennedy, Isaac and Hauwa will now join the Queen’s Young Leaders network of 240 Award winners, a unique community of influential change-makers, who represent all 52 Commonwealth countries. The winners will receive their Award from Her Majesty The Queen at a special ceremony at Buckingham Palace in London, UK, next year.

Kennedy from Calabar, has been chosen in recognition of the work he is doing to promote women’s rights in his community and beyond.

He is the founder of the Calabar Youth Council for Women’s Rights (CYCWR), which supports the rights of women in the areas of female genital mutilation (FGM), domestic abuse, forced child marriage and access to education for girls.