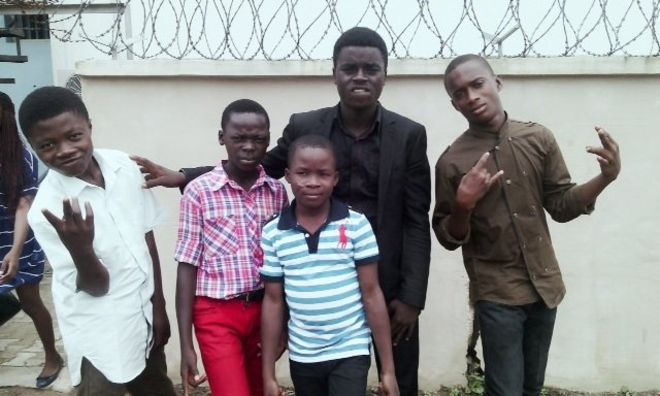 FROM CALABAR TO THE WORLD: JAMES OKINA “STREET PRIEST” GETS FEATURED ON BBC

James Okina, a Calabar based Child right activist and self ordained “Street Priest” has been featured on BBC for his work in helping street children in Calabar and to give them a meaningful life.

Okina who is a student in the University of Calabar features on Adaobi Tricia Nwaubani   letters from Africa column of the site.

In the piece, the teenager tells the story of how his tough childhood, due to his parents’ separation  and how that set him on a course and prepared him to handle issues like this.

“His own comfortable life was turned upside down aged eight when his parents divorced. His mother moved out, but his father insisted on keeping Okina, the middle child, and his two brothers.

Unhappy, he began spending more and more time outside their home, mixing with what he describes as “wrong friends”. His grades crashed and he was constantly in trouble – not least for stealing.” Adaobi writes.

Okina goes on to state how his meeting with some kids change his life and made him interested in street children. He also shares the challenges he has faced while dealing with the children and how the organization street priest came to be.

Read the full story on: BBC