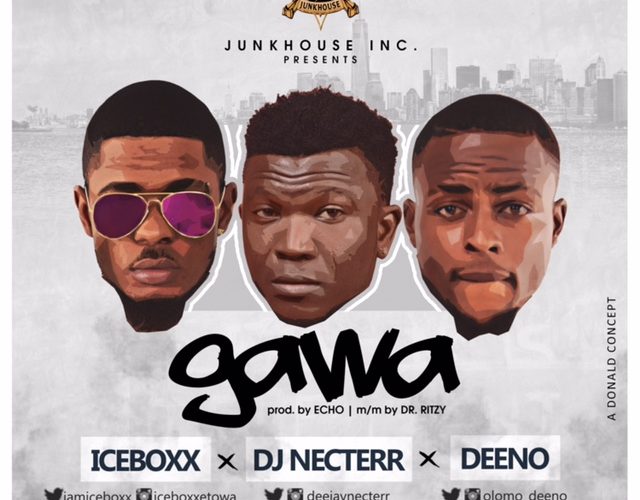 JunkHouse Inc, a 360 degrees Media and Entertainment Company established for the development, production, promotion and distribution of young African talent to the world, have signed three new talents to join the music arm of the company.

They are; 20-year-old singer and vocalist Deeno, Ace Disc Jockey, DJ Necterr, Talented Producer/Rapper 3ga [pronounced as Trigger]  and Ay Beatz, one of the hottest producers around. These artists would join Rap Titan Iceboxx, who is already signed to the company. Along with the signing of artistes, JunkHouse Inc has also announced that a give-back project, a CD compilation called: ‘THE FUTURE PLAYLIST’ is in the works. This project is totally free for all budding artistes and the essence is to help up and coming artistes distribute their songs to over 6 states, 30 radio stations and 300 DJs within the South-South/South East regions if they take advantage of this project. Also, JunkHouse Inc also announced that a collaborative album/ body of work tagged ‘THE EMPIRE LP’ that would feature all its artistes would be released before the end of the year and would be distributed globally. As part of preparations for its release is the release of the first single off album, titled ‘Gawa’. The song features Iceboxx, DJ Necterr, and Deeno and is produced by Echo.

According to a press statement signed by the Label Boss, Ralph Udofa, it reads “JunkHouse Inc would like to thank our friends, Media, Disc Jockeys, promoters and its numerous partners for the support given to the company and its brand till date.

We would not rest on our oars of creating/ delivering quality music to our fans and music lovers alike; and would remain steadily on the move towards discovering, nurturing and developing serial hit-makers/ artistes that think outside the box”.