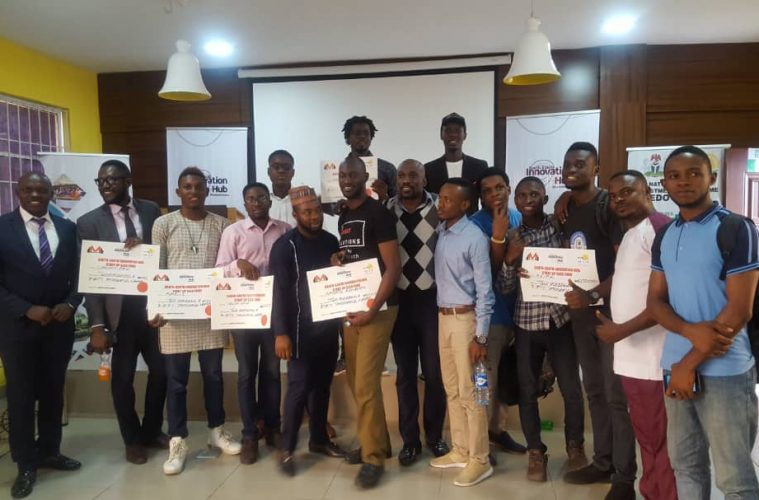 Five young innovators from Calabar have received funding from the Federal Government to grow their startups. The 5 startups from Calabar were among the 17 startups funded from across the South-South Region. The startups had pitched their ideas at the South-South Innovation Hub commissioned by His Excellency Prof. Yemi Osinbanjo earlier this year. The funding was to encourage and support the selected startups to grow and build-on their projects.

Speaking, the Managing Director of the South-South Innovation Hub, Engineer Tobi Gege said, “Of the 4,300 applications received for the programme, 87 had been selected by vote. The 87 startups were then reviewed until there were just 17 startups with excellent performance.”

Through this rigorous exercise, five startups from Calabar, were deemed worthy of funding, and were rewarded with a seed funding of 250,000 Naira each, alongside other finalists.

These startups had shown excellence and competence, well enough to be rewarded with the seed-funding.

Also, a team of young students participated in the Hackathon organized with the theme of “Tackling the security challenges in the South-South region”. The teams of four individuals from the six states of the south-south were to come-up with an idea and develop a prototype within 24hours. The Calabar team won the Hackathon and took home the 1st prize of 300,000 Naira to develop their product which aims to curb the rate of car theft in the south-south. The student team had comprised of Godswill Okokon and Cyril Uket of CRUTECH; also Smith Nkereuwem and Godwin Asuquo of Unical.

It was double celebration for us says Mr. Chinedum Ogbuagu of Little Laker startup, also from Calabar. Mr. Chris Edodi, of the Tinapa Knowledge City said, “I am happy such talent came from Cross River, it shows that our youth are innovative’

“It wouldn’t have been possible without the advice and support offered by The Tinapa Hub and the Ministry of ICT, Calabar”, says Mr. Otu Kadana, who lead the team to Benin City.

Also, the state Commissioner for ICT, Chief Offu Ebirigor Aya, expressed his delight over the news, according to him “ICT is the new oil, and I’m proud that our young people have taken advantage of this opportunity. They have certainly made us proud”.