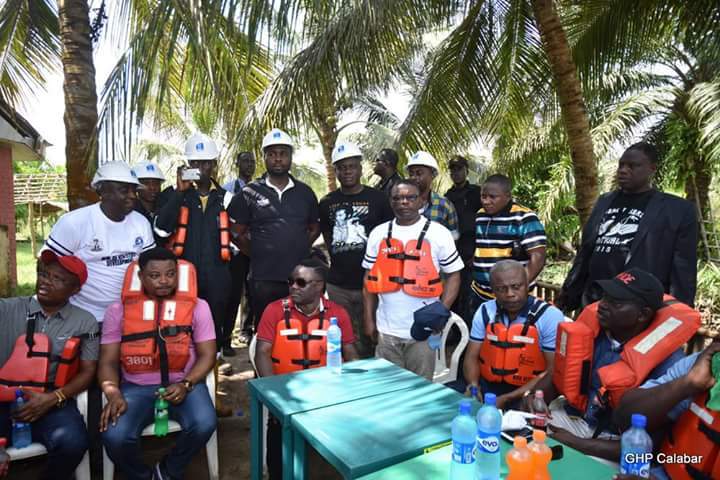 Calabar’s exotic city , Calasvegas located onshore across Calabar River accessible only by air or boat is billed to host the 2017 Carnival Calabar Barbecue Nite to fete local and intentional artistes, business executives and top political class during the festival period.

Mr. Eric Anderson the Commissioner for Culture and Tourism stated this on Wednesday during the press briefing to highlight the activities that will feature during the 2017 Carnival Calabar, said the nite will take place on Friday, 15th December.

Mr Anderson said the barbecue nite will feature music, dances and drama presentation adding that the needed infrastructure are being put in place to make for a memorable and hitch free hosting of the event at the Calasvegas.

“There is so much excitement in this year’s ceremony not just with the new programme of events lined up for the festival but the fact that Minister of Culture, Alhaji Lai Mohammed is himself going to be present during the Carnival Tree lighting which shows the collaboration between the state and federal government“

Mr Ken Aklah, the Special Adviser Governor’s Office/Events Management who led the team stated that more items have been added to the Carnival programme to make it bigger and better and these include ‘power week’, kings and queens contest taking place along the carnival route and camping of security agents at the Christmas Village to maintain adequate security.

He said adequate security measures have been put in place to ensure no ugly incidents take place during Carnival and entire festive period.