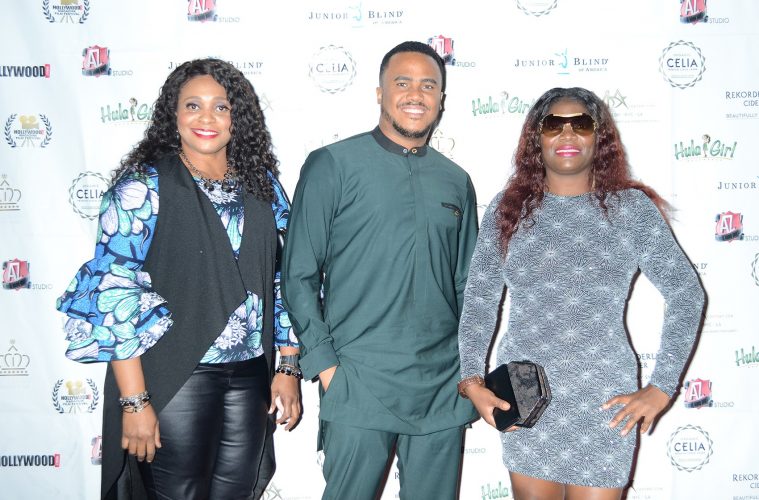 #CALLYWOODGOESTOHOLLYWOOD: EGOR EFIOK PREMIERES “THE FATHER” AND “I AM BASSEY” IN HOLLYWOOD [SEE EXCLUSIVE PICTURES]

On 3rd November 2017, 2 Callywood Studios films, “The Father” and “I Am Bassey”, respectively, were premiered in Hollywood.

The Director General of Callywood Studios Egor Efiok and the lead actor of “The Father” Michael Okon, were there to represent Callywood.

The premiere was attended by top Hollywood executives from Fox Studios and Paramount Pictures who reviewed the films and were so impressed that they were given 4 awards includeding “The Success Of Callywood Goes To Hollywood​ 2017” for His Excellency, Senator Professor Ben Ayade.

This award recognition led to an invite of Calywood executives to the exclusive stands of the Hollywood film executives at the American Film Market and a meeting at Fox Studios where Egor and Michael got to meet and liaise with many Hollywood stars.

​They used the opportunity to attend the Nigerian International Film Summit at the American Film Market, where they networked with respected Nollywood stakeholders. Please see @egorefiokladyboss and @mikijay_okon on Instagram for more photos, information and for ongoing projects in Hollywood throughout this month.