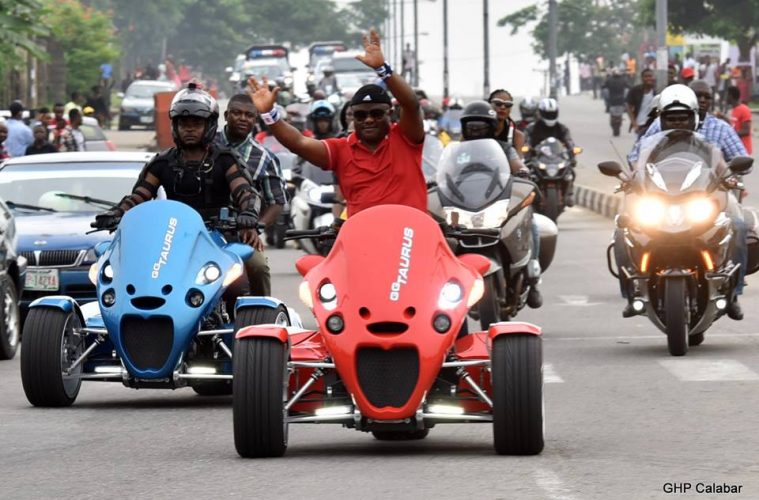 As events marking the Carnival Calabar draws closer, At least 300 power bikes from Lagos, Akwa Ibom, Rivers, Imo, Enugu and Anambra on Sunday participated in the bikers dry run of the 2016 Carnival Calabar.

The Cross River State Governor, Prof. Ben Ayade, who led the crowd of bikers round the carnival routes, said that the bikers show was one of the innovations introduced into the carnival in 2015.

Ayade said that the bikers dry run was to enable the riders to be familiar with the carnival routes ahead of December 27 bikers show.

He said that the carnival which is 12 years in row was getting better and bigger with innovation added into it yearly. President of Metallic Nights Motorcycle Club of Calabar, Mr. Akin Rickets, said that the club was established in early 2016 with the aim of getting power bikes riders to imbibe safety measures.

Rickets, a former Commissioner for Information in Cross River, said that 46 of his members were participating in bikers dry run.

He said, “Our aim is to take safety measures by establishing the routes that would be taken on the real bikers day of December 27.

“We have distinguished personality in our club which ranges from military personnel, royal highnesses, politicians and others.”

The Carnival Calabar usually draws tourists from around the world and it has become a delight for most participants, as it showcases beauty, colour, craft and other talents that abound in Nigeria.

See more pictures after the cut;