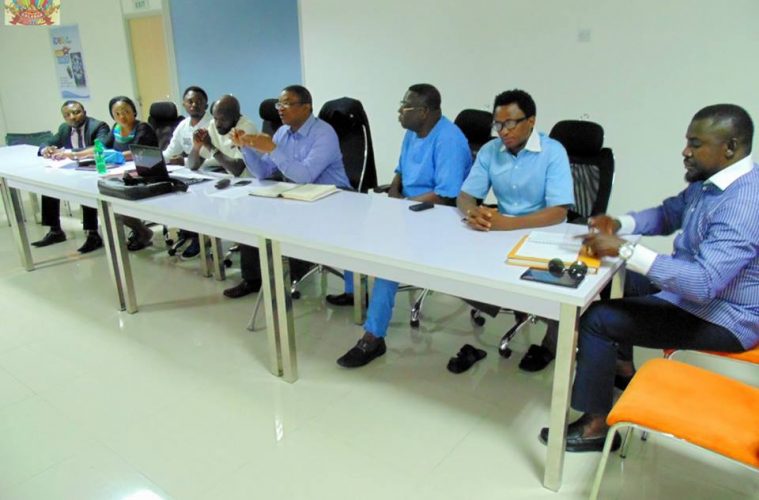 Spearheaded by the Events Management Department, Governors office and the Carnival Commission all areas of concern were fine tuned to ensure a smooth, peaceful, exciting and explosive Calabar Carnival and Festival 2016 celebration. Cross section of MDA representatives at the meeting

As a prelude to the various sponsorship opportunities that exists during the Calabar Festival, a dinner was also held at the exclusive E3 Restaurant Calabar with companies operating in the Calabar Free Trade Zone, FTZE to rub minds with the intending sponsors and thank those who have always been a part of the celebration. Companies present were Combination industries, the makers of the popular cheesballs, General Electric, Dozzy Oil and Gas, Northwest Petroleum, Agrim International, amongst others.

The Chairman of the Carnival Commission, Mr. Gabe Onah expressed his delight at the positive response from the sponsors as he is sure that their inclusion will be another boost in making the Calabar Festival bigger, bolder and better this year. Mr Gabe Onah,Chairman Carnival Commission interacting with the sponsors at E3 restaurant during the sponsors dinner

After a brief rundown of the schedule of events for the 2016 festival activity, the Special Adviser, Governors Office, Mr. Ken Aklah thanked the sponsors for making out time to attend and share in the vision of His Excellency, Sen. Prof. Ben Ayade to build a world class brand of tourism from Cross River State to the world. The lineup of events for 2016 will set Cross River apart, he said, the festival is a culture and a lifestyle, and he is happy that the Calabar Free Trade Zone is part of the family. The Special Adviser, Governors Office, Mr. Ken Aklah thanking sponsors for the positive response and assured them of a rewarding partnership

Highpoint of the meeting was announcement date for 2016 Carnival Calabar to hold on Wednesday, December 28th, 2016 and the first dry run is slated for October 23rd, 2016. Other events on the line up will be released at the end of October as the Calabar Festival  kick-off date remains 1st – 31st December.