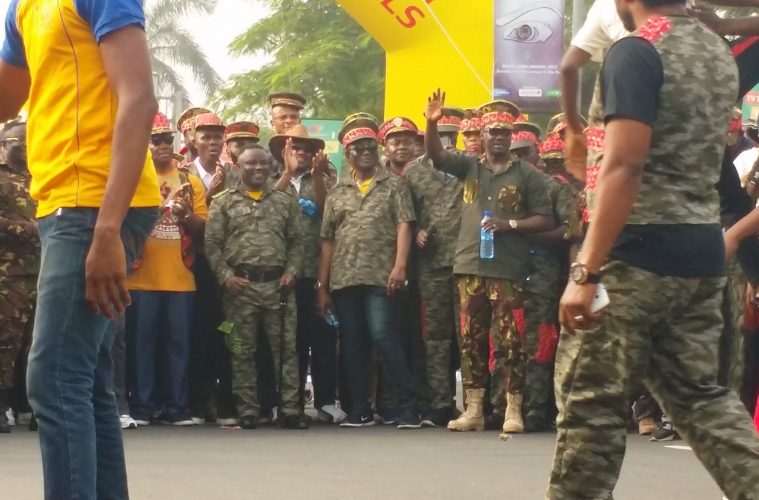 If there was a year Carnival Calabar stamped its mark as Nigeria’s foremost tourist destination, it was 2016 during the last carnival. In the process, the city has also established itself as the number melting point for all cultures in Africa.

For many who are used to the carnival, the high point was usually the carnival parade by the different bands. It is a fact that when the bands are out on the streets, Calabar bursts into colours. Every part of the town is lightened up by the parade of beautiful youths and elderly bedecked in wonderful, catchy costumes.

While the revellers engaged in dancing and partying on the streets of Calabar kilometres of onlookers lined up the streets to watch, economic activities are also very active catering for thousands of tourists that descended on the city in search of fun.

It is to the credit of the current administration of the state that the innovation which first introduced as a side kick of the main carnival, is now taking a life of its own. The international carnival, in its second year, was almost rivaling the main carnival both in content and  the competition that goes with the performance. Thirteen countries from Africa, Europe and America participated in the second edition of the carnival. For those who may not be in the know, it was not just the participation of these countries that  shows the significance now attached to the festival internationally, but the efforts and sacrifice that these performers passed through to perform before Africa and the world on the Calabar Carnival platform.

The weather was bad. There was also the uncertainty of whether to fly or not to fly. These performers endured having to fly and land in nearby states of Rivers and Akwa Ibom and travel by road to to Calabar.  They had to put up a spectacle  a few hours after arriving Calabar after long road journey. The zeal and passion in their performance was not dampened.  Among the countries in attendance were Braziil, South Africa, Ghana, Uganda, Rwanda, Burundi, Egypt, South Korea, Croatia, Ethiopia and many other countries.

The performance by both Brazilian and South Africa troupes were exceptional.  At the end of the day, the Vai Vai troupe from Brazil carried the day. One needs not  to be a prophet to know that the international carnival in Calabar in their next few years will see more countries and more competitive. The competing bands had worked under the 2016 theme of Climate Change. Organisers said they chose this year’s theme to reflect current global realities, with a view to drawing the attention of government and  individuals to the need to take necessary action against climate change.

Seagull Band’s interpretation of the theme was educative and the band delivered it with entertainment.

Thousands from within and outside the country had converged on the ancient city of Calabar to be part of the festival. This is the second edition of the festival under the current governor of the state, Professor Ben Ayade.

This year’s festival had much colour and variety with the participation of more than 12 countries.

Governor Ben Ayade, during the flagging of the grand finale,  described Carnival Calabar as the melting pot of Africa’s hospitality. He said that the carnival, which had gained international recognition over the years, had continued to grow bigger, better and bolder.