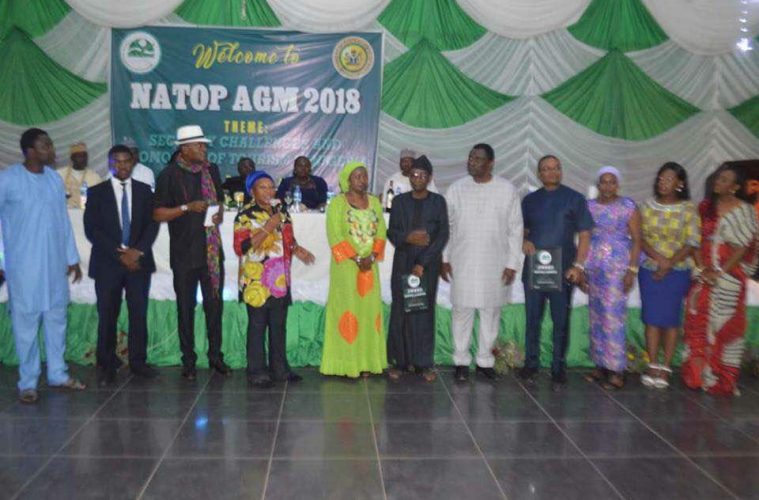 Sir Gabe Onah who has made seasoned contributions and selfless services in Africa’s culture and tourism sector was honoured alongside other industry experts including, the former commissioner of tourism, Plateau state, Hon. Mwankon Peter, Mr. John  Best and a host of others.

The much awaited NATOP AGM ended with new executive members and the constitution of a new board of trustees.

In her acceptance speech Hajia Bilkisu extended a hand of fellowship to the 2 candidates she had defeated in the elections.